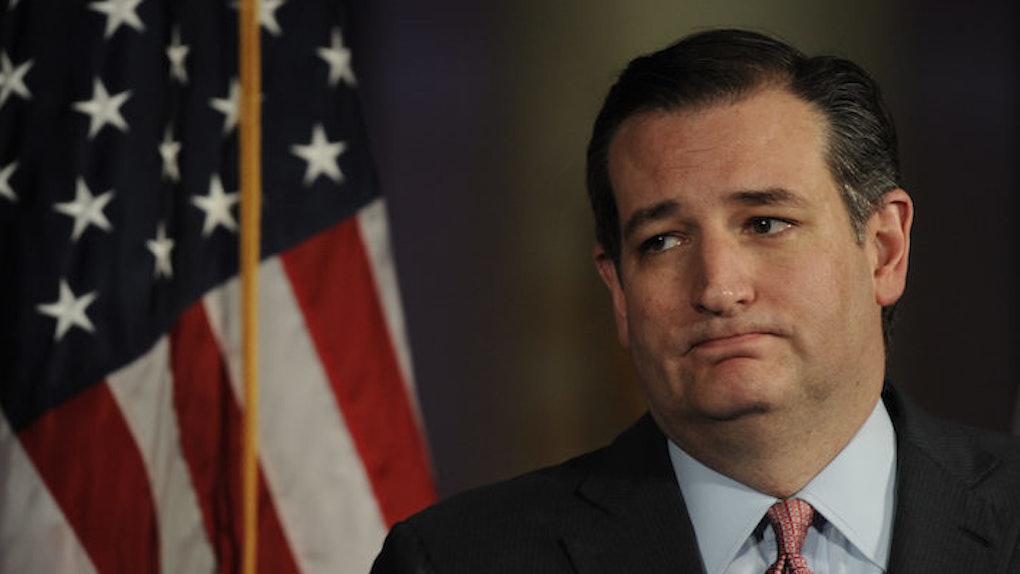 Ted Cruz Just Dropped Out Of The Presidential Race

On Tuesday, Ted Cruz officially dropped out of the presidential race.

Polls closed in the Indiana primary showing Donald Trump with a wide margin of victory in the state. Trump was also already well ahead in the overall delegate count.

Without winning Indiana, there was mathematically no chance for Cruz to get enough delegates to become the Republican nominee or even to block Trump from getting the nomination.

In his concession speech, Cruz said,

From the beginning, I've said I would carry on as long as there was a viable path to victory. Tonight, I'm sorry to say, it appears that path has been foreclosed. Together, we left it all on the field in Indiana. We gave it everything we've got. But the voters chose another path. And so, with a heavy heart, but with boundless optimism for the longterm future of our nation, we are suspending our campaign. But hear me now, I am not suspending our fight for liberty.

Cruz's fight against Trump has been incredibly volatile. The former rivals threw taunts at each other about their wives, honesty, experience and sanity.

Just last week, Cruz announced Carly Fiorina as his running mate, in what may now be the shortest vice presidential campaign in history.

Many hoped Cruz would be able to stop Trump's trudge to the Republican nomination, but he was not able to do so, possibly because he alienated voters with his overwhelming bigotry. Ultimately, Cruz really wasn't that great of a candidate for women, the LGBT community and humans in general.

John Kasich remains in the race for the GOP nomination, but he is quite far behind Trump in the delegate count. Trump is now being called the presumptive Republican nominee.