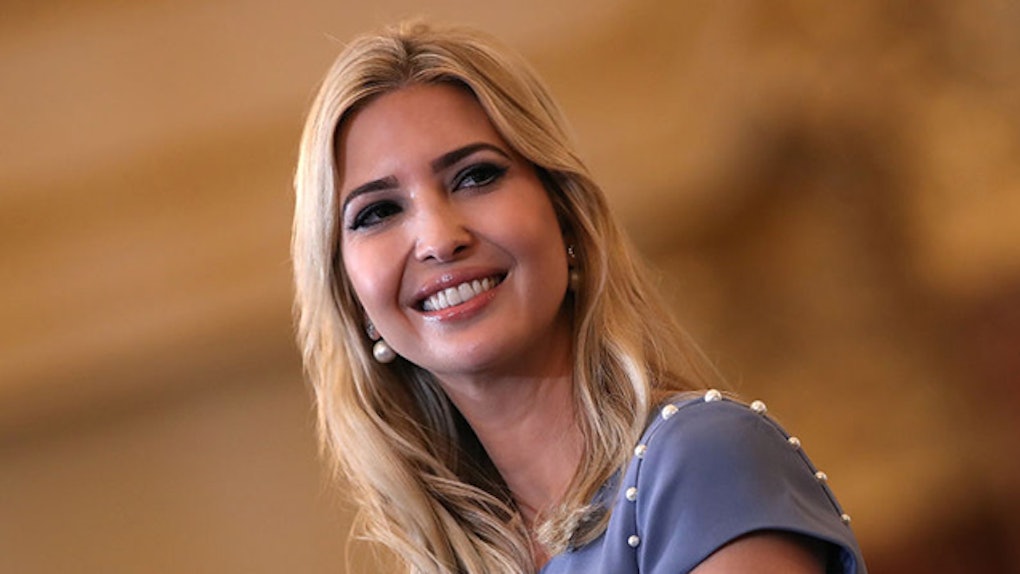 Ivanka Trump's Clothing Company Is Getting Called Out For Reported Hypocrisy

The first daughter continues to come under scrutiny. Ivanka Trump is getting called out for an apparent conflict between the way she conducts business and the way she advocates for women's empowerment.

The attention on Trump's entrepreneurial ventures was sparked this time around by a long-form article from a team of reporters at Washington Post, which took a deep dive into the practices of the Ivanka Trump clothing company.

The article, published on Friday, July 14, drew a wave of reactions online, with the general theme highlighting a sense of hypocrisy from Trump.

The Washington Post's report found that a vast majority of clothes shipped under Trump's label are made in factories overseas, a fact which is at odds with President Donald Trump's repeated calls for companies to "Buy American," or, in other words, invest in American goods and employees.

Though Ivanka Trump's company does not publicly disclose which factories produce the products she sells, the Washington Post was able to track down the source of various shipments made for the company.

The newspaper then interviewed people from China, Indonesia, and Bangladesh who work at factories that have shipped Ivanka Trump products.

In its interviews, the Washington Post found a pattern of allegations of abusive practices and low wages.

A woman at the Yen Hing Leather Works factory in China told the Post,

Trump executives told the Post its clothes are not produced at Yen Hing. However, a manager at another factory owned by the same parent company, Yen Sheng, told the Post it made Ivanka Trump products in the past.

President Trump has long responded to the idea of his business practices contradicting his family's political messages by highlighting that, as a businessman, he only had an obligation to do what's best for family's company.

Still, the idea that Ivanka Trump profits by doing business with manufacturing factories accused of exploitative practices does indeed conflict with ideas which she has written about in different publications.

In her recently released book, Women Who Work, Trump wrote,

As a leader and a mother, I feel it's as much my responsibility to cultivate an environment that supports people — and the roles we hold, both in our family and business lives — as it is to post profits. One cannot suffer at the expense of the other — they go hand in hand.

Trump's lawyer, Jamie Gorelick, told the Washington Post that Trump's company was "concerned" and expected reports of poor treatment of workers to be addressed.

In the meantime, people are calling out Ivanka Trump for not addressing the issue sooner.