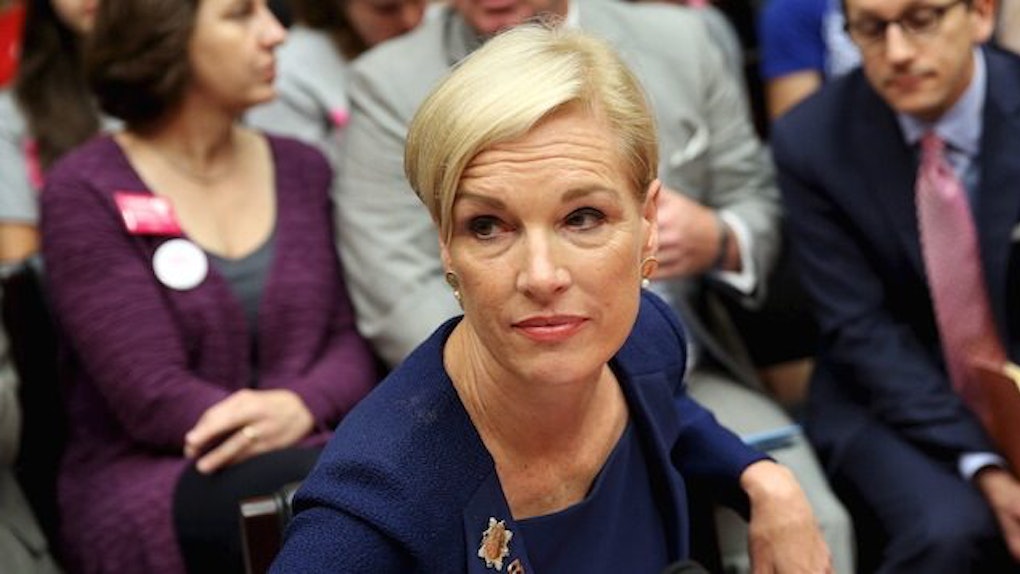 Cecile Richards Says Ivanka Trump Still Has Explaining To Do

Cecile Richards, president of Planned Parenthood, does not believe Ivanka Trump is innocent of harms being done to women under the Donald Trump administration.

She spoke about Ivanka's role at the Women in the World Summit in New York City on Wednesday evening.

Richards has been coming for Ivanka for some time now. The First Daughter sits in an interesting position for American women.

While women want to celebrate seeing a woman play an important role in the government, there are conflicting issues like nepotism and conflicts of interest and every bad thing the president has said about and is doing for women.

Richards said Ivanka's silence on the effect of her father's policies on women has been "deafening" in an interview with BuzzFeed last week.

These policies include a Republican health care plan that would have cut Planned Parenthood funding and possibly also maternity care. Planned Parenthood, using common sense, told the administration why those are dumb ideas.

This also includes the reinstitution of the "global gag rule," which cuts funding for international organizations that are associated with the provision of safe abortion services.

And just this week, the Trump administration cut funding for the United Nations Population Fund because of abortions.

Ivanka responded to Richards's call for her to speak up in a CBS interview aired Wednesday morning.

Except she didn't really speak up for women. Instead, she defended herself. Trump said,

I would say not to conflate lack of public denouncement with silence.

So where I disagree with my father, he knows it, and I express myself with total candor.

That wasn't enough for Richards.

At the Women in the World Summit, Katie Couric, the moderator, read that quote about "lack of public denouncement" to ask what Richards thought.

Richards responded that women need to ask themselves if they're better or worse off than they were three months ago.

"I think, without a question, we're a lot worse off," Richards said. She said this included the health care debate from proposals to cut Planned Parenthood funding and to let insurance companies use preexisting conditions to deny coverage.

I feel like anyone who works in this White House is responsible for addressing why women are in the crosshairs of basically every single policy that we've seen out of this administration.

We'll be awaiting a rebuttal from Trump.