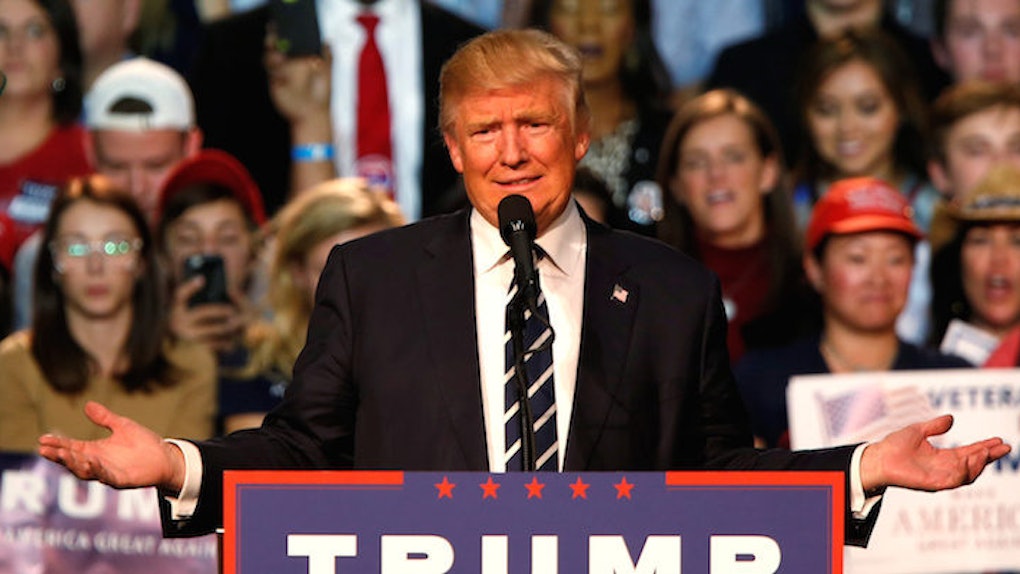 What Happens If Donald Trump Refuses To Concede

If Donald Trump loses the election and refuses to concede, it could have terrible consequences.

This is not a normal thing to happen in a presidential election.

During the final presidential debate, Trump was asked if he would accept the ultimate result of the election.

I'll keep you in suspense.

The next day, he said he'd only accept the result if he wins.

In 2000, the election famously became very confusing after Al Gore initially conceded and then retracted his concession when things got messy in Florida.

But it's not fair to compare what Gore did with what Trump is currently doing. Up to that point, the 2000 election was very normal.

Trump has argued the election is "rigged" and that mass voter fraud is a huge problem in the US.

This is his justification for avoiding giving an answer on whether or not he'll accept the result of the election.

If Trump doesn't concede, it will be very bad for the health of America's democracy at a time when a lot of Americans don't trust major institutions — especially the government.

A recent poll showed 41 percent of voters said the election could be "stolen" from Donald Trump due to widespread voter fraud.

Trump has been undermining America's democratic process for weeks, and it's clearly having an impact.

The Republican presidential nominee has encouraged people to act as “election observers” in relation to his claims about voter fraud and the election being “rigged.”

Correspondingly, a federal judge in Ohio recently issued a restraining order against Trump's campaign due to fears of voter intimidation.

Trump's rhetoric on this issue is clearly unsettling people.

Despite what Trump claims, there is no evidence to support  that voter fraud is a widespread problem in the US.

Between 2000 and 2014, there were only 31 known cases of voter impersonation fraud out of one billion votes cast, according to a comprehensive investigation from Loyola Law School.

People are literally more likely to be struck by lightning than commit voter fraud by impersonation.

There is nothing in election law that requires a candidate to concede after an election.

So, we won't have a constitutional crisis if Trump loses and doesn't concede.

But, given this has been one of the most divisive elections of the modern era, it would not be good for America if Trump doesn't concede.

As Chris Wallace put it in the final debate,

There is a tradition in this country — in fact, one of the prides of this country — is the peaceful transition of power and that no matter how hard-fought a campaign is, that at the end of the campaign that the loser concedes to the winner.

This is why it's so important for candidates to concede — it's for the good of the country, and the health of America's democracy.