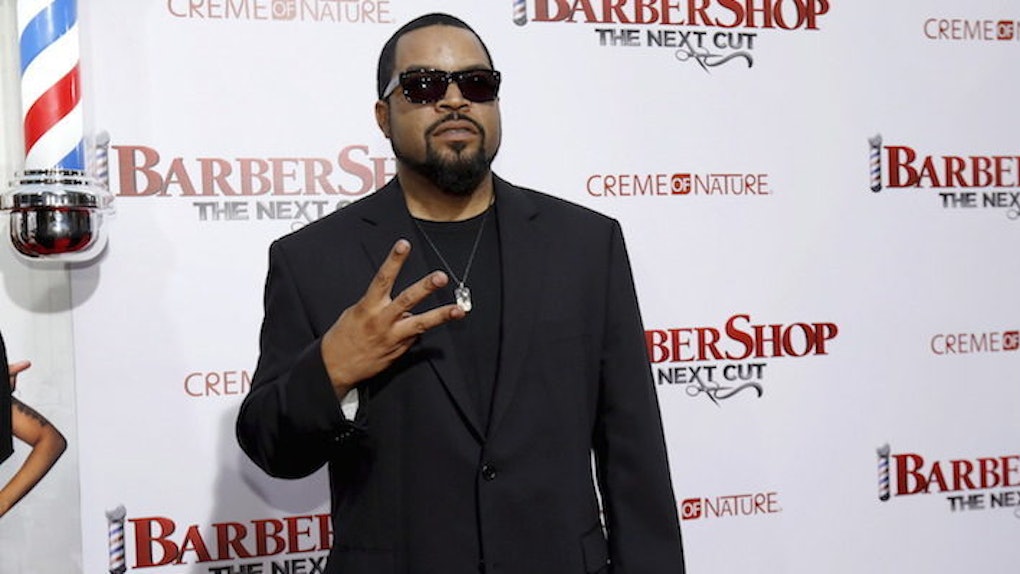 Over the weekend, the legendary rapper tweeted,

I will never endorse a mothafucka like Donald Trump! EVER!!!

Yep, it's pretty safe to say Ice Cube will not be voting for Trump in November.

The Internet was definitely pumped about how Cube responded to all this, given that his tweet, sent on Saturday, was retweeted over 30,000 times by Monday afternoon.

Cube's tweet was reportedly a reaction to Trump supporters who attempted to claim the rapper endorsed the New York billionaire for president.

According to what one of his representatives told the New York Daily News, his tweet was a direct response to the tweet below, which comes from an account that tweets positive news stories about Trump.

The tweet features segments of an interview Cube did with Bloomberg Politics back in April.

In the interview, Cube seems to explain why he thinks Trump appeals to certain voters, but he doesn't directly endorse him. His statements were extremely misconstrued.

Simply put, this account, Trump News Global, cherrypicked the remarks that served its pro-Trump agenda. It left out the part where Cube said,

Do I think [Trump is] going to do anything to help poor people, or people that's struggling? No. Because he's a rich white guy. How can he relate? And he's always been rich. Being rich don't make you bad. I ain't saying that. But, I'm just saying, how can he relate to the small guy?

But none of this implies Cube is supporting the Democratic presidential nominee, Hillary Clinton, either.

In the Bloomberg interview, the rapper criticized the former secretary of state for her controversial use of the term "super-predators" back in the 1990s.

Still, in spite of his critique of Clinton, it's still abundantly clear Cube is definitely not on the Trump train.

Correspondingly, in case people didn't get the message the first time, Ice Cube followed up his initial tweet with another one on Sunday, which was also very anti-Trump.

This is a strong lesson in having your facts straight before you try to make public claims about Ice Cube's politics.