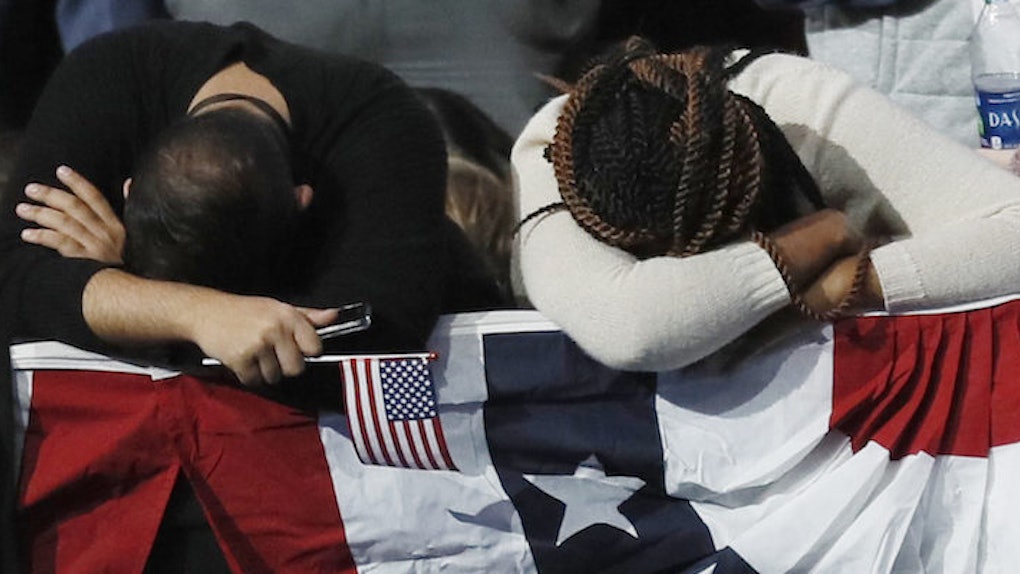 Can the recount actually change the US election results?

You may have heard that Green Party presidential candidate Jill Stein is trying to get an election recount in Wisconsin, Pennsylvania and Michigan.

But what exactly does that mean?

To be totally upfront, recounts probably won't do anything to change the outcome of the presidential election.

(That said, 2016 has been totally bonkers, so who knows! But realistically speaking, the recount probably won't do anything.)

In order for something to change, the recount would need to overturn results in three states.

As it currently stands, Donald Trump has 306 electoral votes and Hillary Clinton has 232. You need 270 to win the election.

Should the recount find that, in fact, Clinton won Wisconsin, Michigan and Pennsylvania, that will change things.

Stein got a recount going in Wisconsin, but needs to work on the other two states.

Getting recounts takes money, so Stein had to fundraise. She asked for donations and received over $6 million for the recount efforts.

Stein doesn't really have a stake in this — she didn't get nearly enough votes to be a contender — but, frankly, it does give her money and attention.

The deadline to request a recount in Wisconsin was Friday, November 25, which is why that's set. In Wisconsin, Clinton lost by 27,000 votes.

The deadline to request a recount in Michigan is this Wednesday, November 30. On Monday afternoon, November 28, the state officially declared Trump the winner there.

He beat Clinton by about 10,000 votes (out of 4.8 million), making it the "closest presidential race in Michigan in more than 75 years," according to the Associated Press.

Pennsylvania is a bit more complicated than the other states.

Unlike the other states, a candidate can't ask for a recount and get one, CBS explained.

A candidate can legally request a recount and let a court decide if one will happen.

Or, voters can ask for a recount. But there needs to be at least three voters from each election district formally requesting one. And there are over 9,000 election districts in Pennsylvania.

So there would need to be more than 27,000 people spread out across Pennsylvania formally requesting a recount, which is ... hard to achieve.

The deadlines in each election district are either this Monday or Tuesday. Yikes.

Should Stein succeed in this, we'll get three recounts.

Recounts happen on the local level and are done in a variety of ways. This includes hand counting paper ballots and examining electronic voting machines.

It's a lot of work, and yes, sometimes local places say they don't want to do it and put up a fight. The candidate campaigns can also fight various parts of it, so that's fun.

The Clinton campaign said it will participate in recount efforts led by Stein, should they happen.

Trump is already throwing a tantrum about it.

(To be totally clear, there is absolutely no evidence that people voted illegally. Trump was spreading false information in that tweet. The numbers are still being added up, but so far Clinton won the popular vote by over 2.2 million votes.)

This all could eventually end up in the courts, just like the 2000 election.

Ultimately, the Electoral College is supposed to make their official votes on December 13.

Six members of the college have vowed to not vote for Trump.

So in the land of endless possibilities, it's possible that Clinton won't need to overturn all three states to get a surprise win — she could overturn one or two in a recount, and if enough elector mutiny and don't vote for Trump, he might not make it to the coveted 270.

If nobody gets 270 votes, the House of Representatives steps in and votes in a president themselves from the three candidates who get the most Electoral College votes.

But again, these are all far-out possibilities.

More likely than not, nothing will change and Trump will continue throwing Twitter tantrums full of false information as our president-elect.