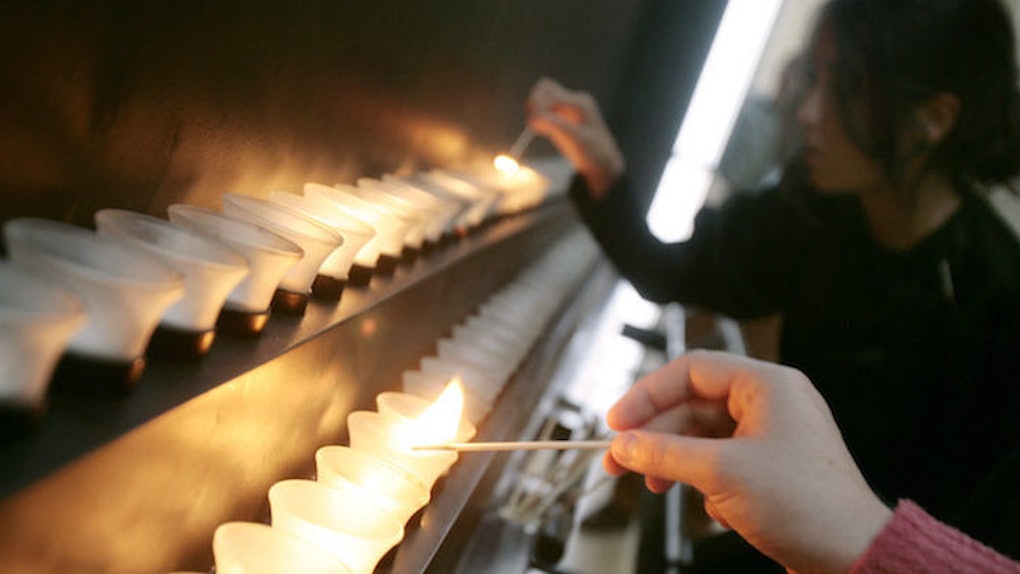 After neo-Nazis celebrated Donald Trump's victory at a conference in Washington, DC, over the weekend, the US Holocaust Memorial Museum issued a strongly worded statement about the dangers of hateful, racially charged rhetoric.

On Saturday, the National Policy Institute (NPI) held its annual conference at the Ronald Reagan Building in the nation's capital.

The head of NPI, Richard Spencer, gave a speech at the conference on white nationalism amid cheers and Nazi salutes.

He began his remarks by shouting,

Spencer is the leader of the alt-right movement (he coined the name alt-right) — a Nazi-sympathizing, white nationalist organization.

Here is a video of Spencer's speech, courtesy of The Atlantic.

Spencer and the alt-right movement have been emboldened by Trump's victory, particularly after the president-elect selected Stephen Bannon to be his chief strategist in the White House.

Bannon is the former head of Breitbart News, which he once described as the "platform of the alt-right movement."

The US Holocaust Memorial Museum is extremely concerned about the antisemitic sentiments and generally hateful rhetoric of the alt-right movement.

In a statement released on Monday evening, the museum said,

The United States Holocaust Memorial Museum is deeply alarmed at the hateful rhetoric at a conference of white nationalists held on November 19 at the Ronald Reagan Building just blocks from the Museum. According to press reports, Richard Spencer...made several direct and indirect references to Jews and other minorities, often alluding to Nazism. He spoke in German to quote Nazi propaganda and refer to the mainstream media. He implied that the media was protecting Jewish interests and said, 'One wonders if these people are people at all?'

At the conference, Spencer referred to the mainstream media as the "Lügenpresse," a term the Nazis used to describe their critics in the press.

It's quite clear that the museum feels there are too many unsettling parallels between the rhetoric of the alt-right and the leaders of Nazi Germany,

[Spencer] said that America belongs to white people. His statement that white people face a choice of "conquer or die" closely echoes Adolf Hitler's view of Jews and that history is a racial struggle for survival.

Hitler believed there was an Aryan "master race," and thought "inferior" people had to be eradicated in order for this race to remain "pure" and take over the world.

It's very concerning to hear someone express similar viewpoints from the capital of the United States in 2016.

The museum reminded people the Holocaust "began with words."

The Holocaust — one of the worst genocides in history — did not occur overnight.

The Holocaust did not begin with killing; it began with words.

It was a gradual process in which Hitler transitioned from antisemitic rhetoric to actual policy and ultimately to attempting to wipe Jews from the face of the earth.

The US Holocaust Memorial Museum reminded people of this in its statement,

By the end of World War II, the Germans and their collaborators had murdered six million Jews and millions of other innocent civilians, many of whom were targeted for racial reasons. The Holocaust did not begin with killing; it began with words. The Museum calls on all American citizens, our religious and civic leaders, and the leadership of all branches of the government to confront racist thinking and divisive hateful speech.