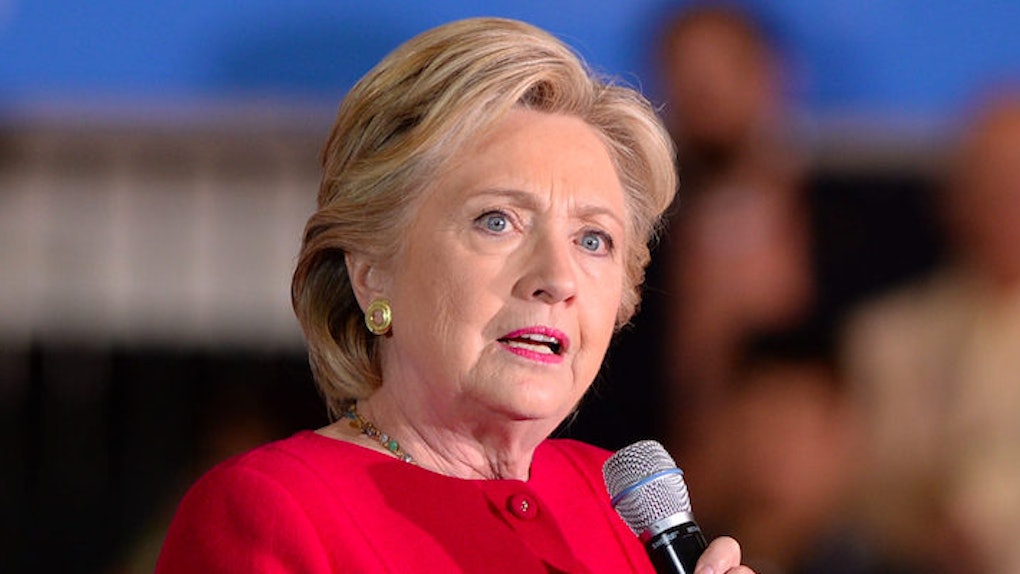 In this day and age, sexism and misogyny tend to be things that we just wonder at.

Was that sexism, or am I just being overly sensitive?

Then we have some coded language that we generally recognize as sexism.

She should really smile more. I can't stand the sound of her voice. It's so shrill.

But it's not overt like it was in decades past. So, while we've wondered at some comments that men have made about Clinton over the course of this presidential election, it tends to be just wondering.

And then there's Sid Miller. Sid Miller, my man. You did it. You just came right out and said what we all know so many men were saying in their heads, but censoring out loud.

Miller called Clinton a "cunt" in a tweet about polling numbers. He tweeted that the Pennsylvania: New Auto Alliance Poll had "Trump" at 44 percent and "Cunt" at 43 percent.

Miller told the Houston Chronicle this happened when a campaign staff member copy and pasted the tweet from another account, but failed to notice the "cunt."

We screwed that. We made a mistake.

It's disrespectful and not something I would want my name attached to. We apologize for that.

According to the Chronicle, Miller has been criticized for comparing Syrian refugees to rattlesnakes and using campaign funds to compete in a rodeo.

In all honesty, this is an extremely refreshing moment. I get to just say it outright: This was super sexist! Men think that powerful women are intrinsically awful!! Incredible!!!

So thank you, Sid Miller, for confirming what we all knew, but couldn't say outright for so long.

And thank you, Sid Miller, for ensuring that the election year with the first ever female presidential nominee features both "cunts" and "pussies."