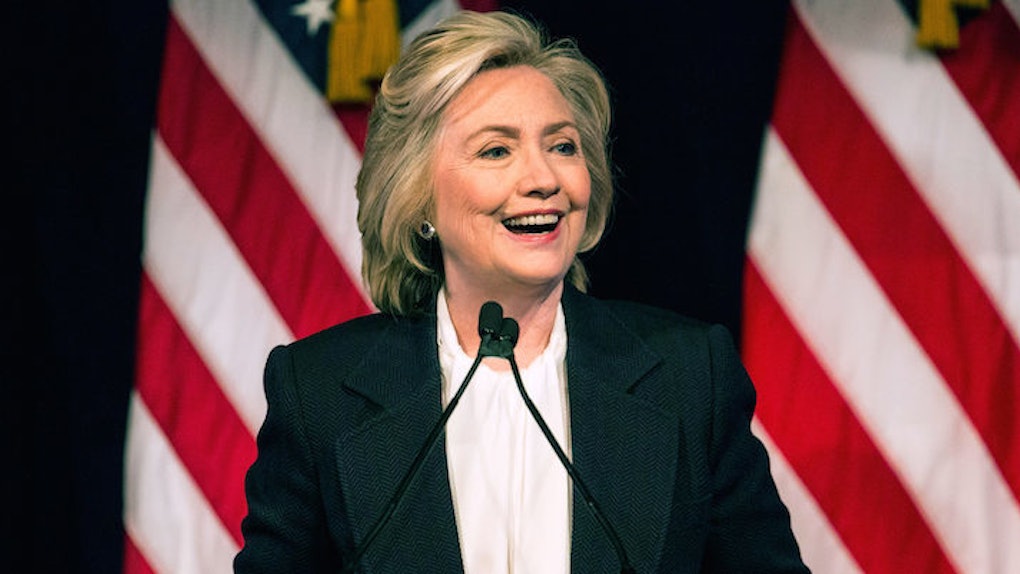 5 Reasons Why Millennials Want Hillary Clinton In The Oval Office

Millennial voters are an essential ingredient to a certain Democratic nominee's chance at the Oval Office.

A study in 2012 showed the youth vote was decisive in electing President Barack Obama, and this trend with voters aged 18-34 is continuing with Hillary Clinton's campaign in the 2016 presidential race.

Much of Clinton's campaign strategy has already been geared toward gaining the Millennial vote, and good news for Hillary, Millennials seem to be on board.

From climate change to "Parks and Recreation," Hillary Clinton resonates with young voters.

She's in our corner, and here are the reasons why:

Hillary's emails might be a "scandal" to the GOP, but to young voters, her released emails make her more human.

We found out she loves "Parks and Recreation" (Who doesn't?) and that she drinks milk in her tea. We're happy to see a candidate being so candid about personal preferences.

She set herself up to be the candidate for Millennials, and everything we find out makes us love her even more. Also, she's clearly the hair icon and pantsuit aficionado we all wish we could be.

More than any other age group, we see equality as a paramount issue in the upcoming election, and we know Hillary Clinton is fighting with us and for us. She's a female who is qualified to be the next leader of the United States, and that's appealing.

From the UN speech she gave in 1995 until now, she has been a fighter for women's rights and equality above all. We trust her to fight for us now and to fight for us in the Oval Office.

Gender equality is at the forefront of this campaign. If Hillary Clinton can become president, maybe there's hope after all.

3. She has a plan for student loans.

Millennials are sick and tired of not being able to afford college.

Hillary has made affordable college a cornerstone of her campaign, and we love it. She pledged to Millennials, "Debt won't hold you back," and we believe her.

From debt relief to cutting costs of in-state, four-year universities, she has laid out an entire plan to combat the rising cost of college. It's realistic, it's smart, and it's important to us. And that's not all.

She seems to have a plan for all issues resonating with young voters today.

4. She listens to Millennials.

She uses all resources necessary to reach out to Millennial voters. Everything about her campaign is innovative and visionary; it's exactly what our generation is looking for in presidential politics.

Even at this early stage in the campaign, she's making a point to visit college campuses and engage with the youth.

She's on her Instagram game, and she made Snapchat her bitch. I mean, come on, her Snapchat ghost is probably wearing a yellow pantsuit. She can't be stopped.

She's running the kind of campaign we have been waiting to see.

She's doesn't spend her time bashing her GOP opponents; she spends her time promoting herself. She lays out the issues, her solutions to them and her plan to be the change Millennials want to see in the White House.

Simply put, the GOP has 99 problems, and they're all Hillary Clinton.