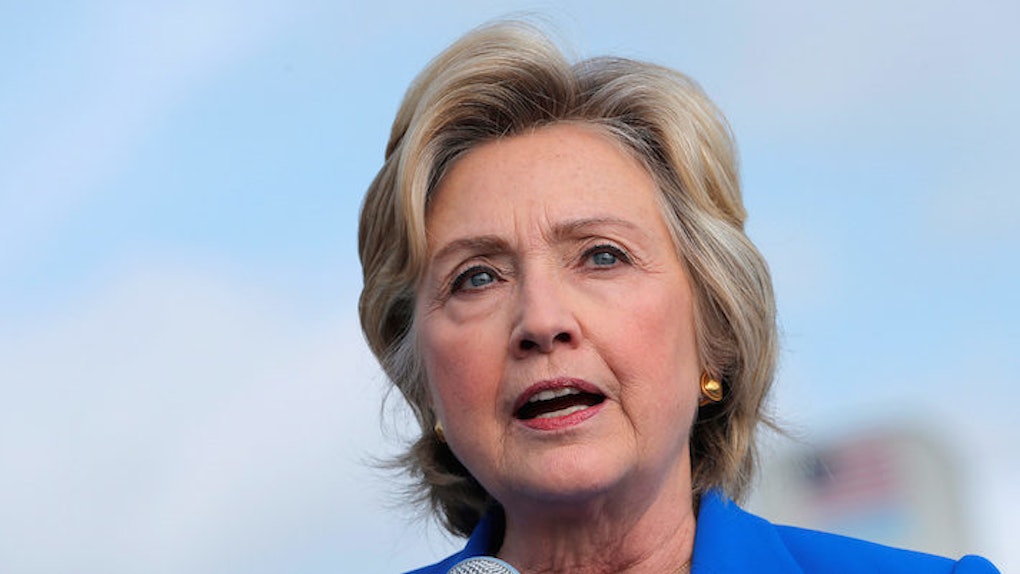 Hillary Clinton Opens Up About Being 'Emotionless' In Candid 'HONY' Post

Hillary Clinton is often criticized for not seeming genuine enough. Some people perceive her as nothing more than a heartless, career politician.

What Preibus said was fundamentally sexist, but it also reflects how a lot of people feel about Clinton.

In an extremely candid post from "Humans of New York," Hillary Clinton opened up about why some people might view her as "cold" and "unemotional."

The former secretary of state discussed how her experiences attempting to enter traditionally male-dominated roles as a young woman made her guarded.

Specifically, she talked about what it was like to take the law school admissions test at Harvard and some of the backlash she received for being a woman.

I was taking a law school admissions test in a big classroom at Harvard. My friend and I were some of the only women in the room. I was feeling nervous. I was a senior in college. I wasn't sure how well I'd do. And while we're waiting for the exam to start, a group of men began to yell things like: 'You don't need to be here.' And 'There's plenty else you can do.' It turned into a real 'pile on.' One of them even said: 'If you take my spot, I'll get drafted, and I'll go to Vietnam, and I'll die.' And they weren't kidding around. It was intense. It got very personal. But I couldn't respond... I know that I can be perceived as aloof or cold or unemotional. But I had to learn as a young woman to control my emotions. And that's a hard path to walk. Because you need to protect yourself, you need to keep steady, but at the same time you don't want to seem 'walled off.' And sometimes I think I come across more in the 'walled off' arena. And if I create that perception, then I take responsibility. I don't view myself as cold or unemotional. And neither do my friends. And neither does my family. But if that sometimes is the perception I create, then I can't blame people for thinking that.

This is maybe one of the most personal public statements Hillary Clinton has ever made, and it touches on an unfortunate problem in America.

Let's face it, while not all of the opposition to Hillary Clinton is based on the fact she's a woman, a lot of it is inherently misogynistic.

It's no coincidence Clinton is the first female presidential nominee for a major political party in US history, and she's consistently struggled to gain the approval of white male voters -- the group that has dominated American society throughout its history.

Not to mention, some of the most popular campaign-related T-shirts at the Republican National Convention in Cleveland or at Trump rallies have said things like, "TRUMP THAT BITCH" and "HILLARY SUCKS BUT NOT LIKE MONICA."

The US, like the rest of the world, has a problem with misogyny and sexism. There's a reason Congress is only 19 percent women, yet women make up half of the US population.

We clearly have a lot of work to do when it comes to recognizing the value of having women leaders, and treating them with respect, even if we disagree with their politics.