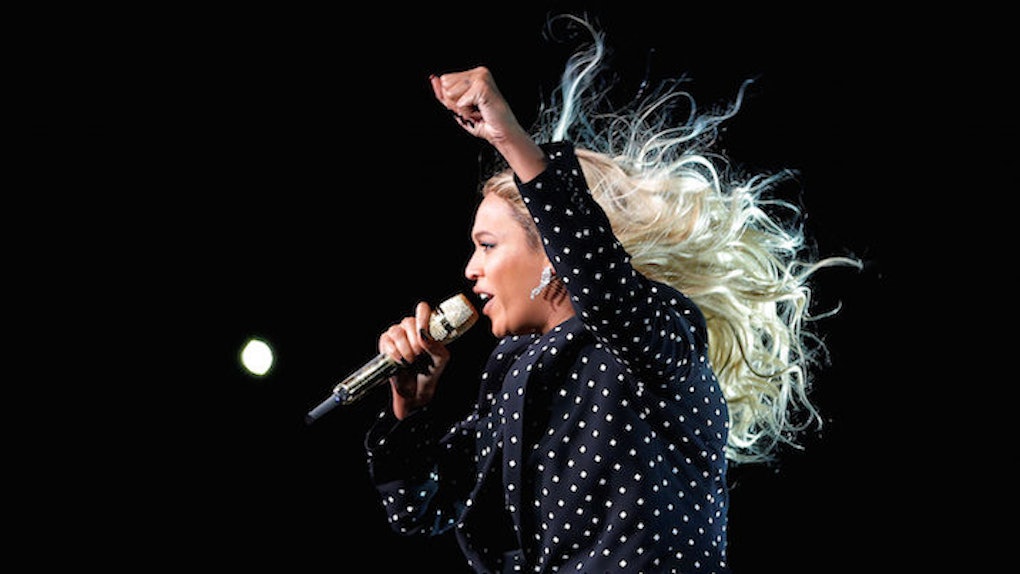 In the week since Donald Trump won the presidential election, I have not been able to listen to men sing music.

Yes, I know Not All Men are trying to strip my rights quite like Trump and Mike Pence.

But on Election Day, America confirmed that after 227 years of listening to men, I have to spend another four listening to a man who thinks I am an object to be rated and grabbed.

So yeah, I'm a little tired of listening to men.

A week of listening to Hole and Screaming Females has not completely healed the pain I'm feeling as a woman to have been so openly rejected in favor of an unqualified clown, but it's been helping.

Because when things are bad, there is music.

And of course, it's not just women whose humanity was rejected with this election. It was basically everyone aside from straight, cis white men.

I spent Sunday, November 13 at the Metropolitan Opera, where diva Kathleen Battle had a recital of spirituals about the Underground Railroad.

Before the show started, someone next to me said going to this concert was like going to church. It was going to be a healing experience of togetherness, complete with a choir.

I don't pretend that the recital had as much resonance for me as it did for the black members of the audience, but it felt good to hear these songs.

It felt good to celebrate the music of resistance.

It felt good to honor Frederick Douglass and Harriet Tubman and the extraordinary work they did to counter America's hate.

It felt good to watch female conductors, especially in a house that features shockingly few.

It even felt good to once again fall into tears, this time when Cicely Tyson recited Sojourner Truth's famous words, her 91-year-old voice calling out,

If de fust woman God ever made was strong enough to turn de world upside down all alone, dese women togedder ought to be able to turn it back, and get it right side up again! And now dey is asking to do it, de men better let 'em!

After the program ended, the audience sang along to "Lift Every Voice and Sing."

The recital was a resounding reminder that music has power.

It can carry hidden messages of rebellion against evil. It can unite people.

It can speak to your feelings or transport you away from them.

I don't need to tell you twice. We all know this. It's just important to remember.

If you need some guidance, the ladies of Elite Daily ( ... and my sisters, best friends and one music nerd of a boyfriend) put together a playlist of women to counter a Trump presidency.

And, you know, Whitney Houston and Cher.

There's a Selena song in Spanish, along with "Fuck You" by Lily Allen. Obviously there's Beyoncé.

There's "Giudici? Ad Anna?" ("Judges? For Anna?") from the opera "Anna Bolena" (about Anne Boleyn) as sung by diva Maria Callas, who "spit her lines directly at the audience" in a rage as much Anna's as her own.

Until new songs of rebellion are created in response to Trump, we hope this will help.