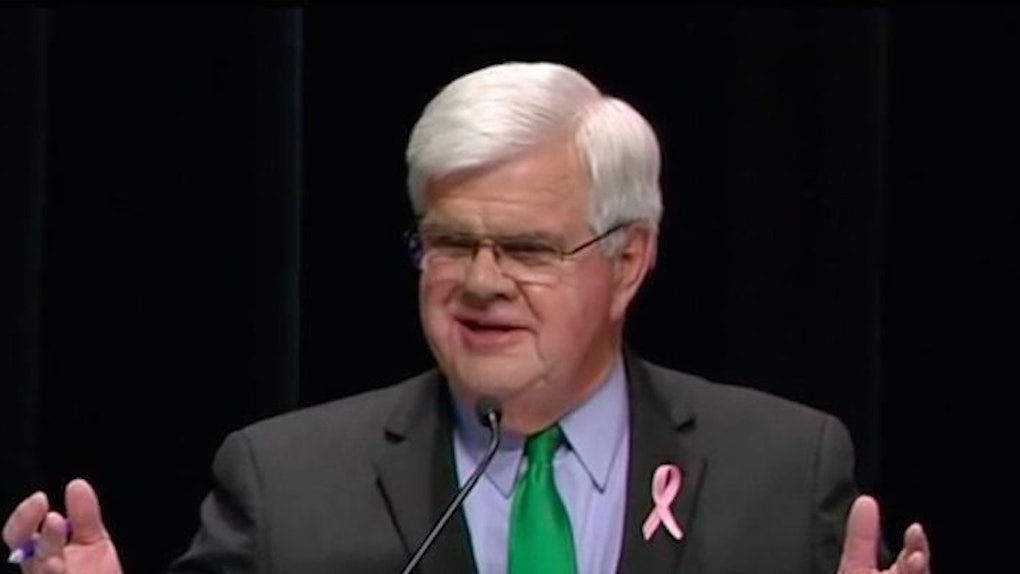 Democrats have definitely been having a rough year.

On Wednesday, the political party suffered a serious blow when Hillary Clinton lost the presidential election to her controversial Republican opponent, Donald Trump.

Plus, many conservative senators, including Rob Portman of Ohio, Ron Johnson of Wisconsin, Pat Toomey of Pennsylvania, Roy Blunt of Missouri and Richard Burr of North Carolina secured their seats, keeping the senate under Republican control.

Now that Trump and the Republicans are basically calling all of the shots, many liberals are worried about the fate of Planned Parenthood funding, the Paris Climate Agreement and the Affordable Care Act.

However, it turns out Democrats might have one last chance to flip a Senate seat.

Allow me to introduce you to Foster Campbell -- aka the one guy who could possibly save us from Donald Trump.

On December 10, Campbell is set to run against Republican State Treasurer John Kennedy in Louisiana's final Senate and House elections.

If Campbell can win, it could have a big impact on the Democratic party's ability to keep Trump in check.

Now you're probably wondering, what are Campbell's chances of winning?

At first glance, the chances of a Democrat pulling in a victory may seem pretty bleak since the state voted 60-40 in favor of Trump.

But this charismatic cattle farmer is not your average Democrat.

For the last 40 years, Campbell has been building up an extensive network of support that runs throughout the primarily Republican state.

Campbell has also compiled a long list of achievements during his political career.

He's a fighter who has gone after big tobacco companies, fought for victims of domestic violence, pushed to increase educational funding and campaigned to decrease energy rates for rural consumers.

Plus, back in 2008 Campbell ran for the Louisiana Public Service Commission and won by a landslide, racking up more than 78 percent of the vote.

If that's not convincing enough, Campbell's campaign also appeals to supporters of both parties who feel disappointed with the current state of the government.

Since the voter turnout for this election is atypically low, many are speculating the outcome of this race will largely depend on which candidate can rally more people into the polls.

Although this election may seem small, it could be the last way to make a big difference in Washington.

Campbell's victory would result in a 51-49 split in the Senate, giving Democrats a fighting chance against President-elect Trump.

If you're looking to get involved you can vote for Campbell in the upcoming election (if you live in Louisiana, of course!), donate to his campaign or show your support by getting out there and spreading the word.

Seriously, the future of America depends on it.

Citations: The 2016 Election isn't over yet (Medium), The Hill