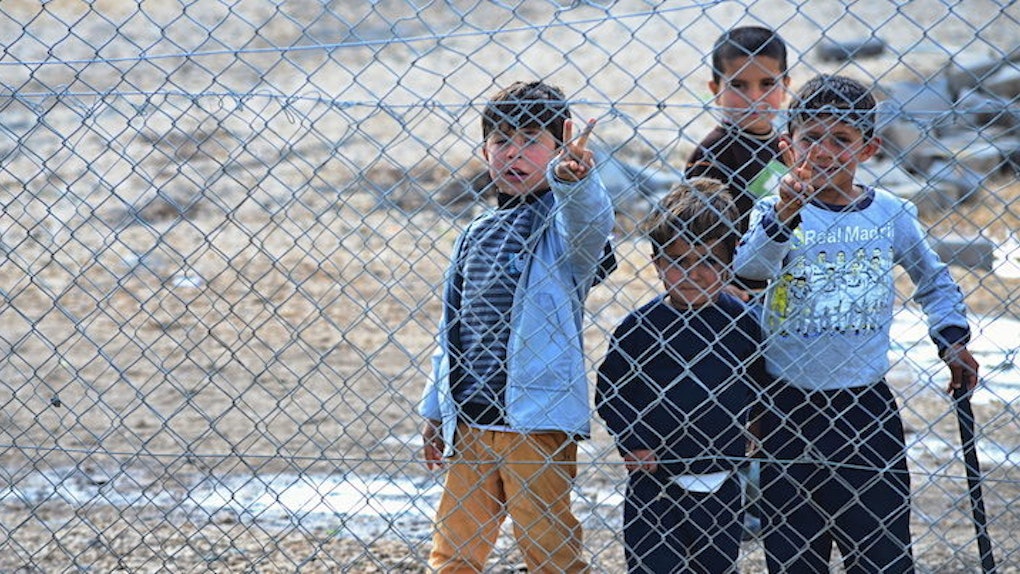 The US Failed The Jews During The Holocaust, Will It Fail The Syrians?

It seems the Islamophobes of today are not much different from the anti-Semites of the World War II era.

In 1938, less than 5 percent of the American population completely supported helping refugees, many of whom were Jews fleeing Nazi Germany.

US Jul '38: What's your attitude towards allowing German, Austrian & other political refugees to come into the US? pic.twitter.com/7hMfLbXWFE — Historical Opinion (@HistOpinion) November 16, 2015

While the Holocaust occurred primarily throughout World War II (1939-1945), Jews in Germany were already being discriminated against throughout the 1930s, and there were concentration camps by 1933.

In 1939, even after Kristallnacht (the "Night of Broken Glass"), two-thirds of Americans said they did not want to take in 10,000 German Jewish refugee children, The Washington Post highlights.

US Jan 20 '39: Should the US government permit 10,000 mostly Jewish refugee children to come in from Germany? pic.twitter.com/5cFs5RabQn — Historical Opinion (@HistOpinion) November 17, 2015

That same year, President Franklin D. Roosevelt refused to let the passengers of the St. Louis, a German transatlantic liner, enter the US. It was carrying over 900 Jewish refugees.

The St. Louis was forced to sail back to Europe. A number of the passengers (254) were killed during the Holocaust.

Jewish refugees needed help, but the US shut its door on them.

This is not to say the US didn't let any Jews into the US during that period. Its response was underwhelming, insufficient and guided by many of the discriminatory sentiments we're witnessing in relation to the refugee crisis today.

One of the more glossed over aspects of World War II is America's failure to address the Holocaust. The narrative that's often pushed is the US government didn't know the full extent of what the Nazis were doing, but that's not true.

There is ample evidence the government knew full well. The US State Department received a report detailing Nazi Germany's plan to exterminate the Jews as early as 1942.

As the United States Holocaust Memorial Museum puts it,

During World War II, rescue of Jews and others targeted by Nazi Germany was not a priority for the United States government... US State Department policies made it very difficult for refugees to obtain entry visas. Despite the ongoing persecution of Jews in Germany, the State Department's attitude was influenced by the economic hardships of the Depression, which intensified grassroots antisemitism, isolationism, and xenophobia.

This feels all too familiar when viewing America's reaction to the current Syrian refugee crisis. Antisemitism influenced the US government to sideline helping the Jews during World War II; today Islamophobia is inspiring people to say "no" to Syrian refugees.

And it's somewhat ironic Republicans, who have emerged as perhaps the most vehement supporters of Israel, are among those who most fervently oppose helping Syrian refugees. Would they have opposed helping the Jews during the Holocaust?

The war in Syria has claimed nearly a quarter of a million lives. There are around four million refugees. It's not America's job or obligation to help all of them, but one could make the case the US could do far more.

As a country, do we want to look back on this moment in time and regret not doing more? We ignored the plight of the Jews during the Holocaust, and now it seems many are comfortable with doing the same to Syrians.

Citations: What Americans thought of Jewish refugees on the eve of World War II (The Washington Post), Europes fear of Muslim refugees echoes rhetoric of 1930s anti Semitism (The Washington Post), Timeline of Events (USHMM), VOYAGE OF THE ST LOUIS (USHMM), THE UNITED STATES AND THE HOLOCAUST (USHMM), THE NIGHT OF BROKEN GLASS (USHMM), Americans Not Totally Comfortable With The Idea Of Taking In Syrian Refugees (Huffington Post), For GOP Support for Israel Becomes New Litmus Test (The New York Times)