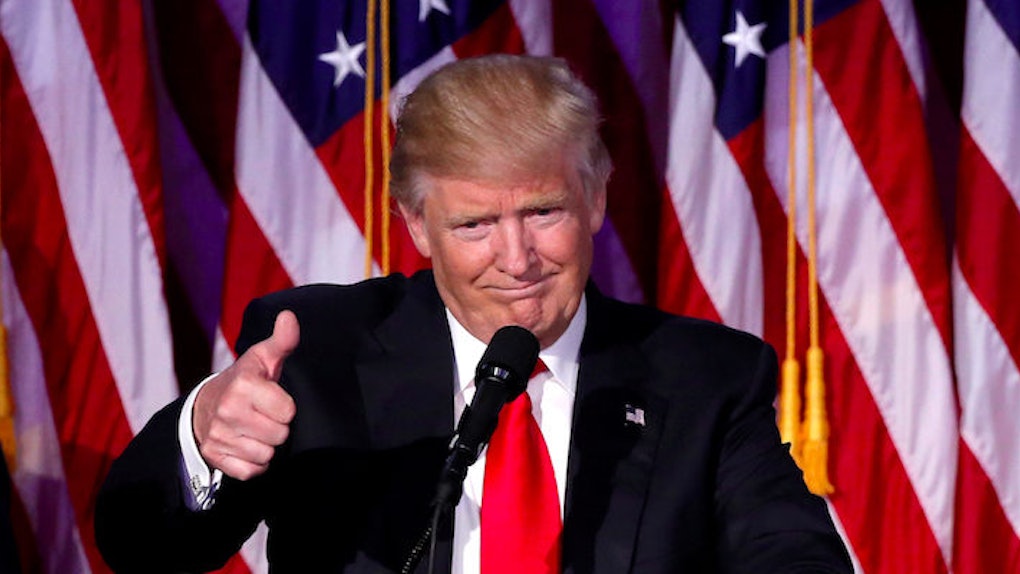 Well, it's official. Donald Trump is the president-elect of the United States of America.

While my entire Facebook feed has rightfully devolved into a support where we can collectively grieve, other world leaders have reached out to Trump offering him their congratulations.

While I myself struggle to utter the words "President Trump," these heads of state seemed to stay composed in their reactions.

Mexico and the U.S. are friends, partners and allies who should continue working for the competitiveness and the development of North America. I am confident that Mexico and the United States will continue to tighten its ties of cooperation and mutual respect.

In the name of Italy, I congratulate the president of the United States and wish him well in his work, convinced that the Italian-American friendship remains strong and solid.

I place great importance on the China-US relationship, and look forward to working with you to uphold the principles of non-conflict, non-confrontation, mutual respect and win-win cooperation.

(Trump) spoke about resuming and restoring relations with Russia. We understand the way to that will be difficult, taking into account the current state of degradation of relations between the US and Russia... Russia is ready and wants to restore the fully fledged relations with the US.

President-elect Trump is a true friend of the State of Israel. I look forward to working with him to advance security, stability and peace in our region.

Germany and America are connected by values: democracy, freedom, respect for the law and for the dignity of human beings, independently of origin, skin color, religion, gender, sexual orientation or political views. On the basis of these values, I am offering the future President of the United States of America, Donald Trump, close cooperation.

This new context requires that France be strong. What is at stake is peace, the fight against terrorism, the Middle East and the preservation of the planet.

We are, and will remain strong and close partners on trade, security and defense.

We value our relationship with the United States and its people. The ties that bind Scotland and the US – of family, culture and business – are deep and longstanding and they will always endure.

Congratulations to President-Elect Donald Trump! His candidacy took many by surprise. At each stage he defied expectations, and his journey has ultimately taken him to the White House. It has been a contentious, ugly election season, that has exposed a bitter divide in the American people. Many will celebrate this result, while others will understandably be surprised and disappointed.

We have to be prepared and adjust ourselves to change. We have to be on the offensive and apply a balanced foreign policy with every country in the world that is our trade or dialogue partner.