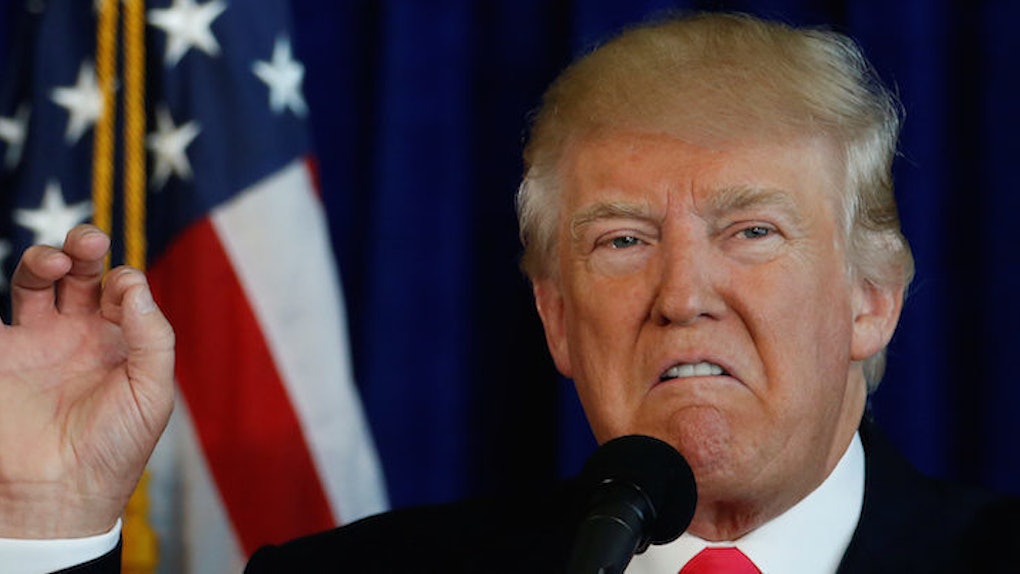 Donald Trump called on Russian hackers to get into Hillary Clinton's email account on Wednesday.

No seriously, for real, that just happened. In a press conference on Wednesday morning, Trump said,

Russia, if you're listening, I hope you're able to find the 30,000 emails that are missing. I think you will probably be rewarded mightily by our press.

So, that's a thing. A presidential nominee just asked foreign hackers -- and those from a country with which ours has had tense relations, to say the least -- to get into our former secretary of states' emails.

I don't know about you, but I'm feeling pretty safe with the idea of Trump in charge of our foreign relations right now -- not.

It's probably no coincidence Trump made this outlandish statement hours after his campaign confirmed he will not be releasing his tax returns. His campaign chief Paul Manafort comfortingly said,

In case you missed it, WikiLeaks released 20,000 emails from the DNC this week. It's been suggested by US intelligence agencies Russian hackers were behind the leak.

Unconfirmed theories are now spreading, linking Trump and the Republicans to Russia dropping the DNC emails right before the convention in Philadelphia in order to spread unrest among the Democratic party.

So, Trump asked Russian hackers to get into Clinton's emails, and this is not even the first time he's called on hackers.

In 2013, Trump asked Edward Snowden to get into Obama's records.

And that's not all. In 2012, Trump tweeted about Chinese hackers getting into White House computers.