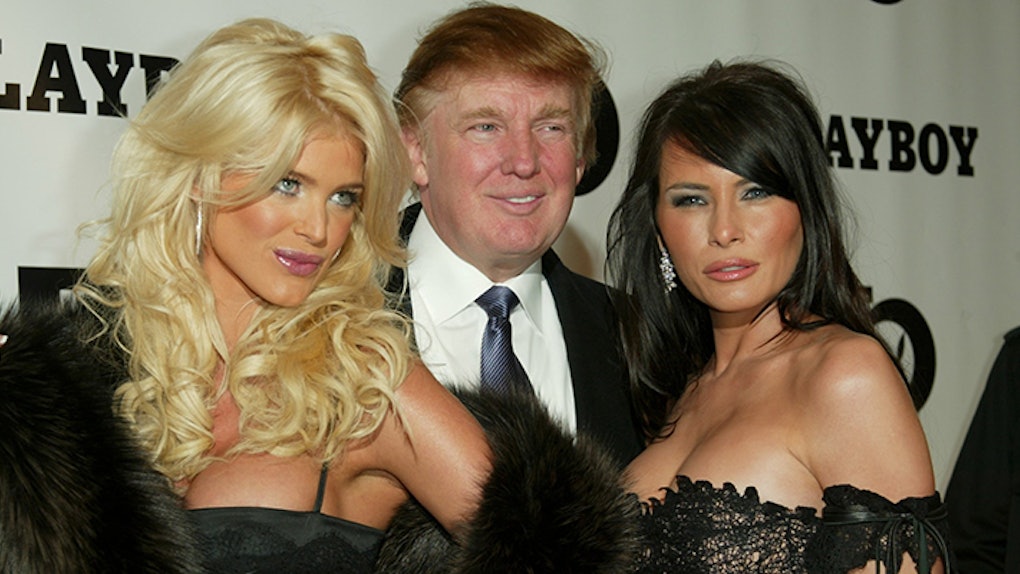 Donald Trump began the early hours of Friday morning urging followers to check out someone else's appearance in a "sex tape." By Friday night, the media were talking about one of his own.

Now, a couple of points here.

First off, there's no way this would have been a significant news story if it weren't for Trump's early morning tweets on Friday.

The Donald pouring champagne in front of a limo with good-looking women? Let's face it, that's not a big deal on its own.

But then you take into account that he just tried to smear another woman's name by mentioning said woman's "sex video and past."

From luxuriating in a warm, soapy tub, to reveling at an exclusive night club, Carol and Darlene bare their sex appeal and lead you on a sensual journey of discovery. They'll leave you hot under the collar as you savor every intimate moment with these spicy sensations.

This all started, of course, because Trump was up at 5 am, throwing shade at Alicia Machado, a former Miss Universe.

After shady details about Machado's past began to emerge, including an incident in which the woman threatened to kill a judge, Trump began his stream of tweets.

That's how Trump's Friday began. And this is how it ended, on the receiving end of sex tape talk.

That's what makes this whole thing funny. It has nothing to do with the "real issues," sure, but it's definitely worth the laughs.