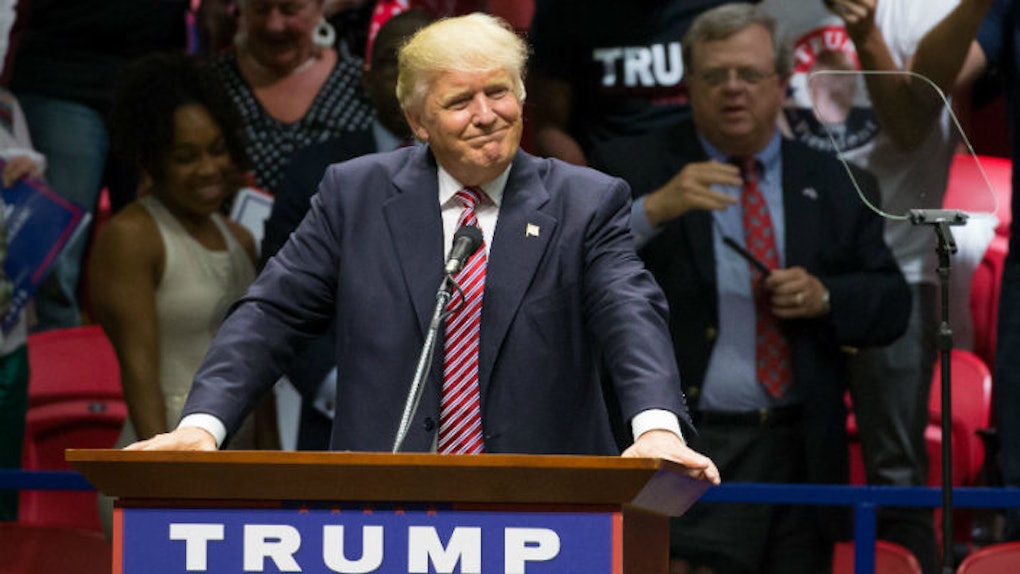 Donald Trump Is Going To Meet With Mexico's President

Donald Trump's bumping over to Mexico! (Ironically, this is also the tag line of a reality show I pitched back in '07.)

The presidential nominee announced on Tuesday night that he will meet with the president of Mexico hours before he is scheduled to deliver a speech focusing on his immigration policy on Wednesday.

The private meeting between Trump and the Mexican President is sure to be interesting, as Trump has been extremely vocal about pledging to build a wall on the border with Mexico and making Mexico pay for it.

Trump has faced backlash after criticizing Mexico and the Hispanic community in his previous speeches about illegal immigration.

This includes calling undocumented Mexican immigrants as criminals and "rapists." In one infamous speech Trump said,

Nieto and Trump have both recently expressed an interest in meeting. In a joint press conference with President Obama in July, Nieto said,

Mrs. Hillary Clinton and Mr. Donald Trump, I would like to express to both of them my greatest respect, my deepest respect. And from right now, I propose going into a frank, open dialogue with whomever is elected.

Recently, Trump has started to avoiding answering questions about whether or not he'll not deport all undocumented immigrants living in the US back to their countries, as he previously claimed he would.

He still plans to make Mexico pay for the wall and has threatened to withhold remittance payments immigrants send to relatives in Mexico and increasing fees for visa applicants.