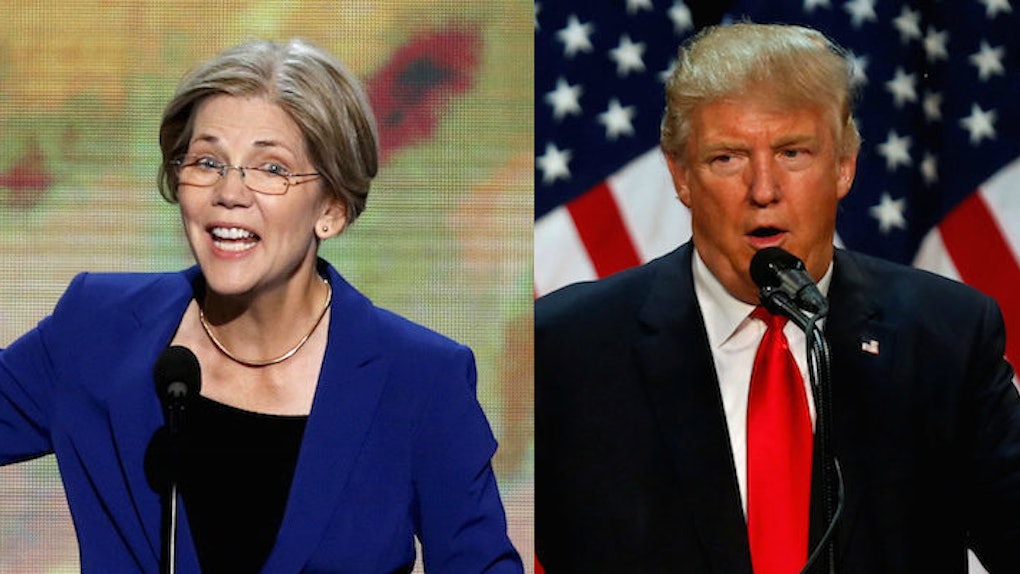 The contest was over before it even started.

Apparently, Donald Trump thought he would try to come at Senator Elizabeth Warren on Twitter. I'm not really sure of the reason.

Maybe Trump thought he should try to attack Hillary Clinton's potential vice presidential candidate, or perhaps his attack was in response to something Warren previously said.

What is clear is when Trump tweeted at Elizabeth Warren, accusing her of not really being Native American, the Republican presidential candidate unknowingly brought a knife to a gun fight.

"Goofy" Elizabeth Warren's response was as swift as it was obliterating.

DAMN! Warren started off with a few playful jabs before quickly changing to fierce hooks and savage uppercuts.

There's no way you come out of Warren's onslaught of tweets without realizing Trump is a weak, lying, offensive bully who is eminently unqualified for the White House.

Trump tried to clap back, but how do you recover from a beat down like the one he just received?

In case you don't know, now you know, Trump: Don't f*ck with Elizabeth Warren because she will mess you up.