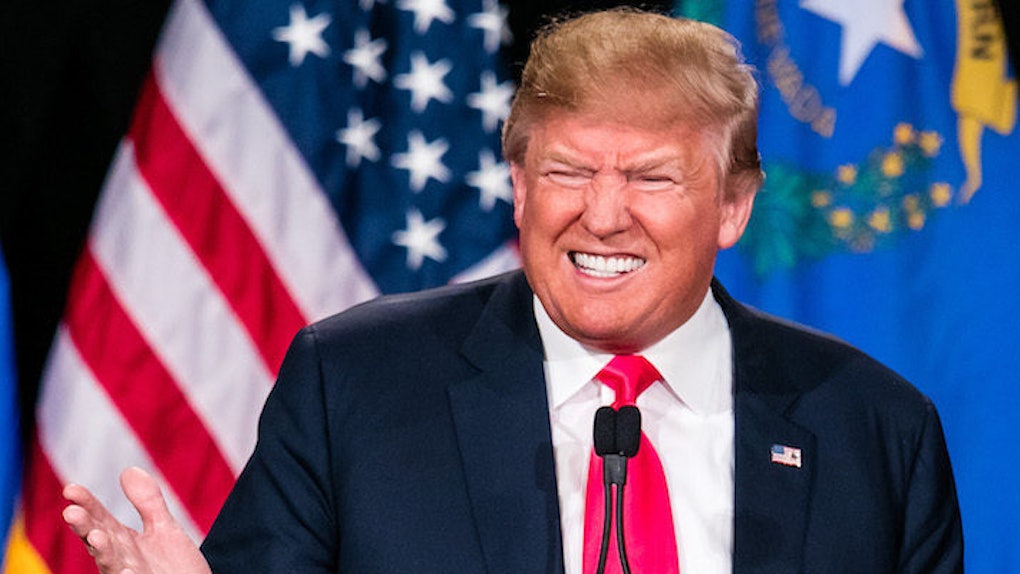 In 2013, the Republican Party was stumbling. It had nominated a strong candidate for President, Mitt Romney, to challenge an incumbent Obama presiding over a wobbly economy with still high unemployment. Despite this, Romney lost the election. This marked the fifth time in the past six presidential elections in which the Republican Party had lost the popular vote.

It was time for a review of the situation, and indeed, the GOP went on to release a document entitled the "Republican National Committee's Growth and Opportunity Project." The report was clear and bold, and underlying the 100-page analysis was one clear theme: In an age where minorities are a significant and growing segment of the voting population, the Republican Party needed to appeal to their sensibilities, rather than attempt to rely almost completely on white voters. To do this, rhetoric needed to be changed, better candidates selected and immigration reform needed to be supported.

It was a great plan. Republicans had already forged a strong showing in midterm elections in 2010 and dominated both houses of Congress and most state governments. If they could capture the Presidency, the Republicans would be in one of the most powerful positions of any party in American history. The stage was set to nominate a strong candidate to take on the Democratic nominee, and someone like Marco Rubio, a Latino Senator who had worked on comprehensive immigration reform seemed like a perfect choice to move ahead with the strategy laid out in the Growth Project.

Then, something happened. That something was Mr. Donald J. Trump.

Trump rode a wave of antiestablishment sentiment (with a fair amount of racism to boot) to overcome a jaw-dropping 17 Republican candidates and emerge as a virtual lock for the nominee as Ted Cruz and John Kasich finally dropped out of the race. On the Democratic side, Hillary Clinton's lead over Bernie Sanders is virtually insurmountable, and barring any unprecedented events, the race for the White House will be Trump vs. Clinton.

This could not be any more of a gift to Clinton and her supporters. Instead of facing a Republican with a chance to win over minorities and bring home swing states, the GOP is going to nominate someone with extremely low favorability ratings among not only minorities, but also women and voters in general. Trump is by far the most unpopular major party nominee in modern history. Trump's favorability ratings among African Americans and Hispanics are in the teens, and seven in 10 women view Trump unfavorably. Among Independent voters, 64 percent do not like Donald Trump.

This is a major problem for a party that just three years ago released a report urging the need to bring minorities into the party. Trump has alienated those groups even further, and it is tough to see how he could do better than Romney, while insinuating that Mexicans are rapists and planning to ban Muslims from entering the United States.

He will have to do better than Romney, for obvious reasons, but there is also a structural challenge facing Mr. Trump when it comes to securing the required amount of Electoral College votes to win the presidency. The Electoral College allots votes for the president from each state based on the population. If one adds up all the "safe" states, states which always go Democrat or Republican, respectively, the Democrats have more electoral votes, starting with an advantage of 217 to 191 before any swing states are up for grabs. Factoring in states that usually "lean" towards one party, the advantage grows, putting the Democrats at 249 of the 270 needed to win the White House.

Far from being a candidate who could pry these states from Democratic hands, polling suggests that Trump's huge unpopularity may bring once solid Republican states into possible swing state territory. Based on the candidates' polling, the Cook Political Report has projected states like North Carolina and even Arizona could swing from Republican states to toss-ups.

Senator John McCain of Arizona said Trump's nomination could make his once seemingly easy reelection the "race of his life." Republicans up and down the ballot are terrified of a Democratic wave sweeping the nation in November, and where polling currently sits, they have a good right to be concerned.

To be certain, any major party nominee has a shot at winning the White House. A recession, terrorist attack or other circumstances might pull Trump from rock bottom, but he will face a steeply uphill climb as a deeply unpopular candidate. Hillary Clinton is in a prime position to pull off a major landslide in November, and if she's lucky, she might just ride that great blue wave to a Democratic majority in the Senate, too.