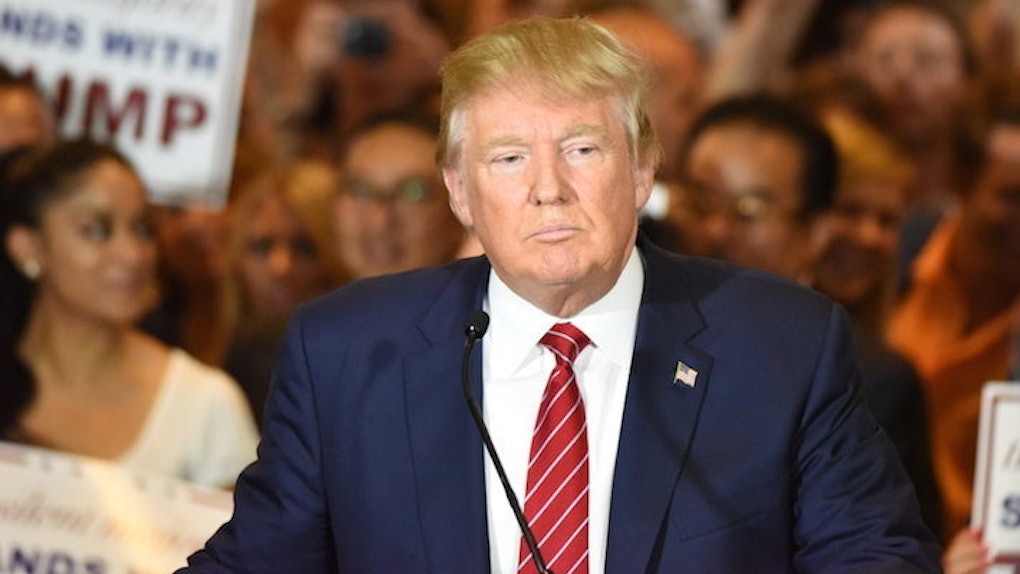 Donald Trump May Have A 'Contemptuous Personality' Type

Much like introversion or extroversion, "contemptuousness" just found its way into recognized personality traits.

And, to be honest, the characteristics that go along with the contemptuous personality type sound a lot like Donald Trump -- and even some of his supporters.

Before now, psychology has considered contemptuousness as a singular emotional reaction, rather than a continuous disposition.

We've all had contemptuous reactions to this election, but the contemptuous personality operates in that mode continuously.

By defining contempt as a pattern of one's personality, psychologists hopefully may be able to -- I don't know -- cure it or something? I hope so, because if Donald Trump is any indication of the contemptuous personality type, it sucks.

According to the Journal of Personality and Social Psychology, dispositional contempt is associated with instances of narcissism, racism and Machiavellianism, which is unsurprising since contempt is an emotion that mixes disgust and anger into one very nasty emotional cocktail.

The bright side? Psychologists identifying contemptuousness as a personality type means that even though some people actually "can't help" being like this, there's room to figure them out.

If there's one thing we can do to understand Donald Trump and his supporters better, it could be to better our understanding of this personality type.

We can use the information in this study to our advantage to understand these cantankerous assholes better because, according to researcher Roberta A. Schreiber and her colleagues,

Paradoxically, dispositional contempt was related to being cold and 'superior,' with associations found with narcissism, other-oriented perfectionism, and various antisocial tendencies... but it was also related to being self-deprecating and emotionally fragile, with associations found with low self-esteem, insecure attachment, and feeling that others impose perfectionistic standards on oneself.

...That's probably the most accurate description of Donald Trump I've ever read, and it doesn't even mention the guy's name.

Reading this description somehow made Donald Trump sound weirdly human to me -- not any less terrifying as our president, sure, nor someone I would trust.

It simply made me less angry to think there's a part of him so broken he cannot help but act the way he does.

I would never attempt to normalize someone I consider a bigot, a racist or a misogynist like Trump. Personally, I throw my full support behind those who are protesting to say they don't accept him as their president.

I have been furious and disappointed this week, like so many Americans.

I just want to help those who are as frustrated and angry as I am avoid stooping to his level, by becoming just as contemptuous with their language and actions as he's been with his.

When they go low, we go high.

When they go low, we go high. Why? Because we can, and because they can't help that their personalities are shattered piles of garbage. (Sorry, I had to go low one last time... IT JUST FEELS SO GOOD TO MY EGO.)