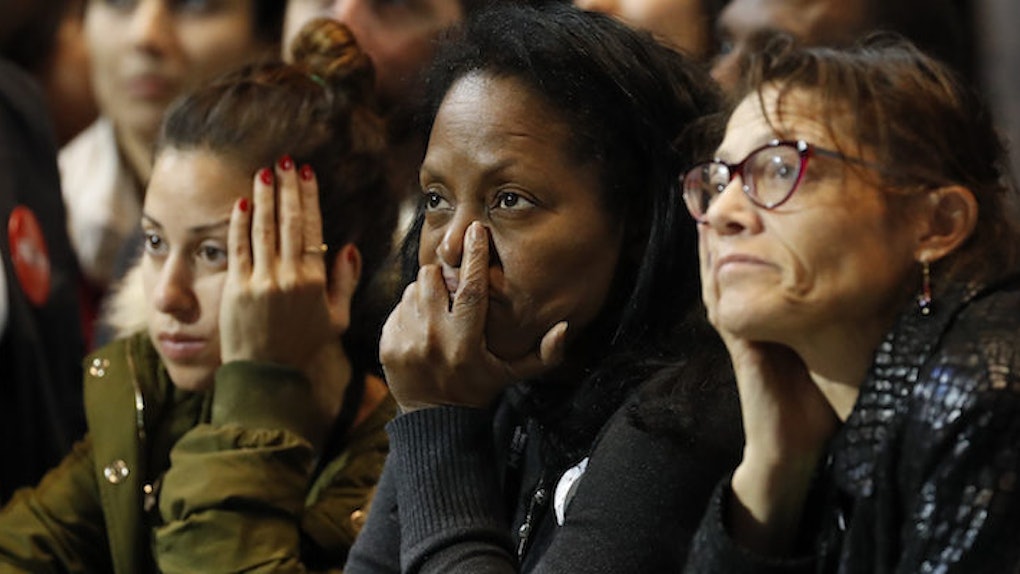 I guess Trump followers could say they've won. I guess you could say the Republican name is well and good, and your Christian values have made their mark on the future of the US.

Perhaps you could also say this was the election year that every vote truly mattered.

And that's just it… your vote mattered.

Your vote for Trump meant the voices of victims are useless.

By filling in that little oval next to Donald Trump's name, you made it known that sexual assailants can get away with whatever they want.

You told us, the victims, that grabbing women by the pussy is OK because you think women are only here to succumb to a man's needs.

Your pen, your decision and your vote silenced us for the next four years.

Your vote for Trump told victims they are alone.

You didn't just silence us with that newly-placed “I Voted” sticker on your shirt. No, you told us you don't care what happened to us.

With a two-second doodle on a ballot, you let millions of victims know, at the end of the day, you truly do not care someone raped them.

Your vote for Trump told victims it's better to ignore a problem than face the situation.

Most rapists and sexual assailants get away with multiple attacks because victims are terrified to say anything.

When you're a victim of rape or sexual assault, you're not just attacked physically. Your entire being becomes a disheveled, emotional mess you're left to clean up.

And now, Trump supporters, you just left us and took away the broom.

Your vote for Trump told your sisters, daughters, mothers and every other woman in your life they do not matter.

Yes, that sounds drastic, but yes, it is still true. A vote for Donald Trump was a vote against women.

A vote for Donald Trump was a vote against women.

To the friends of sexual assault survivors, look them straight in their exhausted eyes and tell them their assault did not matter.

Tell them it was their fault and that their story and the stories of all other victims do not matter.

Your vote for Trump wasn't a vote at all, but a weight placed on the strength of women everywhere.

You may think you were only voting for the next president, but what you did was place a huge weight on the hearts of millions of victims.

How are we expected to live through every day as if life is a wonderful gift, when the very thing who tore us to pieces is in charge of our lives now? How are we to function with the weight of a million victims clinging to our chests?

How are we expected to live through every day as if life is a wonderful gift?

You silenced us, told us we're alone, left us broken on the ground and placed a weight on top of us so we can't get up.

You made getting up and pledging allegiance to our country a punishment rather than an honor. You are making us drown in tears of despair.

Is this how you hope to "make America great again"?