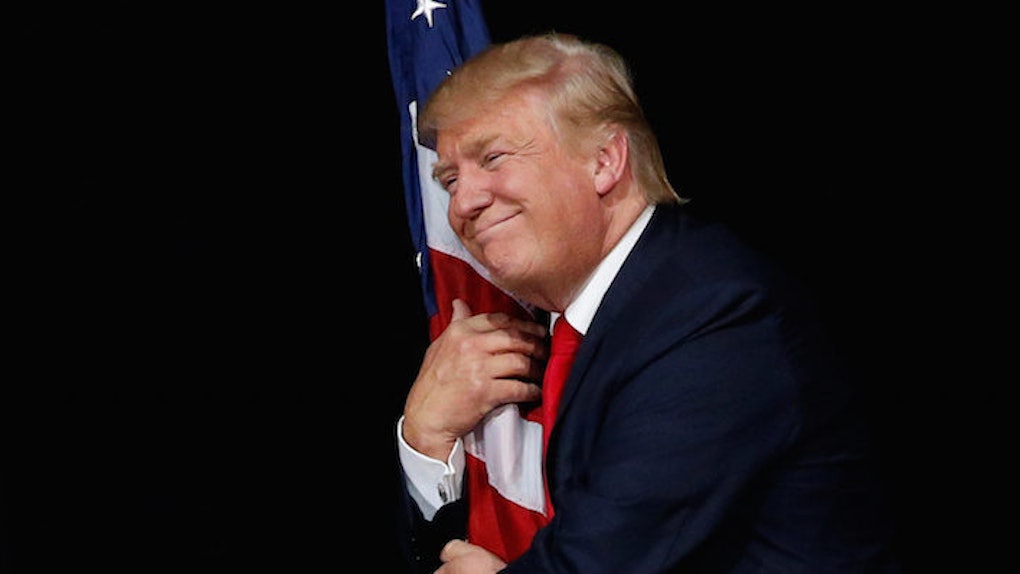 Donald Trump spent years perpetuating a conspiracy theory that claimed President Obama wasn't born in the United States, and now he's getting a taste of his own medicine.

According to a strange theory circulating the internet, Donald J. Trump was not born in America, but in Pakistan.

This theory was originally introduced by the Pakistani news channel Neo News, which suggested Trump was born as as Dawood Ibrahim Khan in Waziristan in 1946.

This is supposedly an image of young Trump, in his apparent home nation of Pakistan (hehehehe).

According to Mail Online, in the news report, the presenter stated,

Believe it or not, Presidential candidate Donald Trump was born in Pakistan and not in America.

Based on this theory, Trump was born in Pakistan. After his parents died in a car accident, a British-Indian army captain then took him to London.

He was subsequently adopted by the wealthy Trump family and taken to America in 1955.

During his presidential campaign, Trump finally admitted President Obama is American and was born in the US (how admirable of him).

But he also blamed Hillary Clinton for starting the birther movement (she didn't).

So, Trump fell short of truly atoning for fueling this racist conspiracy theory over the course of half a decade or so.

While this story about Trump being born in Pakistan is almost definitely a complete farce, it's hilarious.

This guy not only tried to convince people the first black president wasn't born in the US, but he also suggested Obama was Muslim.

For the record, President Obama was born in Hawaii, and he's not Muslim. But even if he was, it wouldn't be a problem.

There's nothing wrong with being Muslim, and there's no religious requirement to be president.

Trump's presidential campaign was also full of Islamophobic rhetoric, including his proposal to ban Muslims from entering the US.

Now, there's a beautiful theory he was born in Pakistan -- a majority Muslim country (96.4 percent).

You can only imagine the temper tantrum Trump probably threw when he read about this.

You reap what you sow.