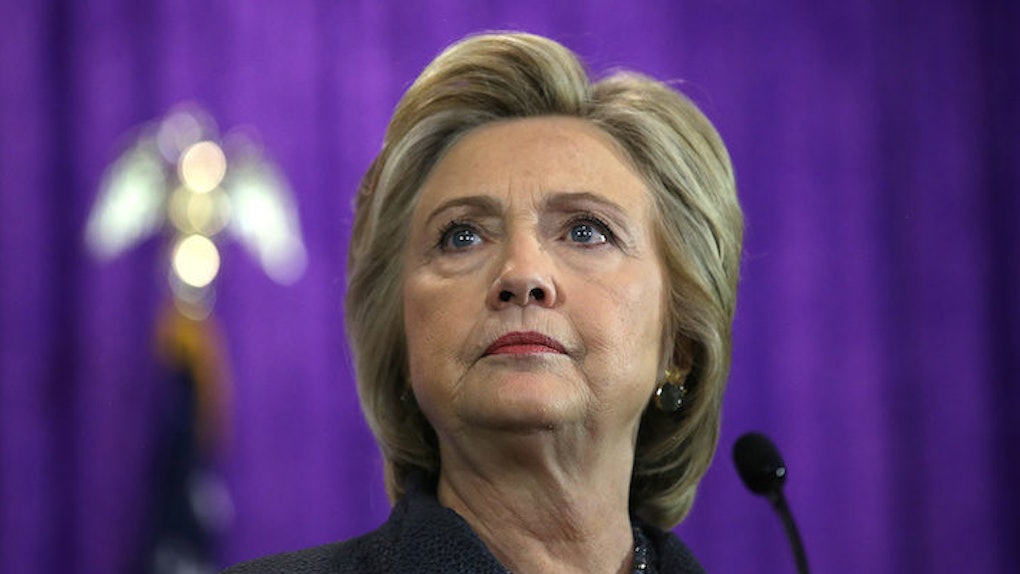 Hillary Called Out Trump's 'Birtherism' In A Twitter Rant

Hillary Clinton is livid that Donald Trump tried to blame her for the racist birtherism conspiracy theory he's helped spread for roughly half a decade.

For years, Trump has consistently suggested President Obama was not born in the US.

He finally admitted the president was born in America on Friday. Trump said,

President Barack Obama was born in the United States, period. Now, we all want to get back to making America strong and great again.

Yeah, that's where we are as a country right now: A presidential nominee for a major political party just held a press conference, which was actually more of a commercial for his hotel, and acknowledged that our president is actually American.

It's absurd this even had to happen.

During the press conference, Trump barely addressed the birther movement and didn't apologize for spreading a blatant lie about the president.

But he did make the audacious and completely false claim Hillary Clinton was responsible for the birther movement.

Trump lied to our faces.

Hillary Clinton was not having this.

The birther movement was always racist.

It was created and disseminated by people who didn't like the fact the president is black.

They fallaciously attempted to paint him as a foreign Muslim infiltrator from Kenya.

Just in case there's any confusion: President Obama was born in Hawaii in 1961. He is not Muslim and even if he was, why would it be a problem?

It's unfortunate there's a need to say this, but there's nothing wrong with being Muslim. But with a presidential candidate like Trump, it's become increasingly necessary to champion common sense and basic decency.

The election is 52 days away.

As a country, we need to decide whether we really want a man who explicitly suggested the first black president wasn't born in the US as our next leader.