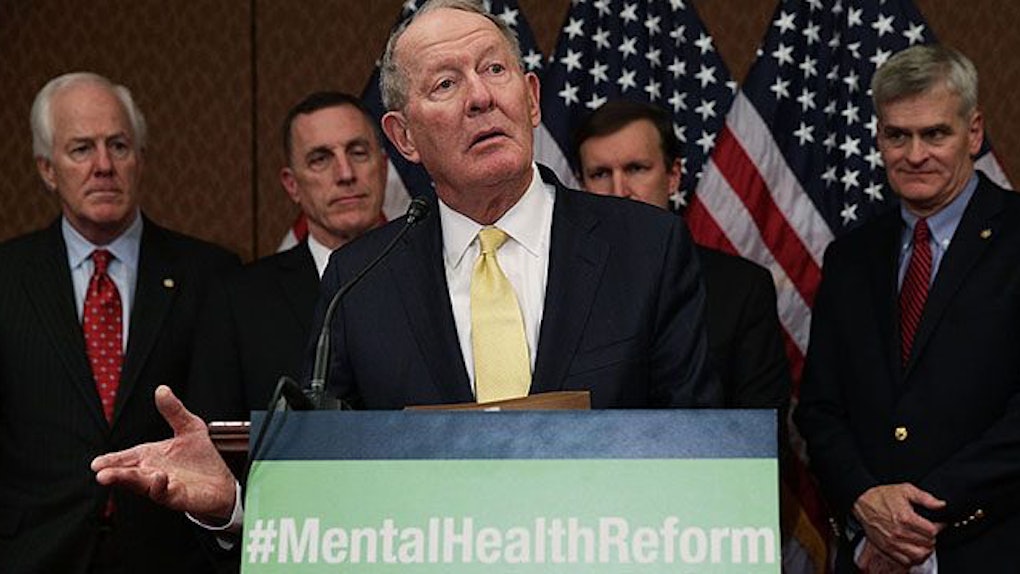 Congress Takes On Health Care Together & We're So Surprised

Democrats and Republicans are trying something new: working together in Congress on health care and contradicting President Donald Trump in the process. As Trump continues to urge the GOP to try repealing and replacing Obamacare -- an effort which would exclude the input of Democrats -- a significant number of Republicans are drifting in another direction. One of those Republicans is Tennessee's Lamar Alexander, Senate health committee's chairman.

Sen. Alexander announced the committee plans to hold bipartisan hearings on how to fix the individual health care market (i.e. the market in which people pay for health care plans out of pocket, without the benefit of an employer's plan).

On Tuesday, Aug. 1, Alexander said in a statement,

If your house is on fire, you want to put out the fire, and the fire in this case is the individual health insurance market. Both Republicans and Democrats agree on this.

Alexander's statement is just one of a number of events that seemed inevitable once Republicans failed to pass a repeal bill last. Senate Majority Leader Mitch McConnell had already warned before the failed vote that if the GOP couldn't come together to find a solution on its own, the party would then have to spent time working with Democrats to fix Obamacare's problems rather than repealing it, at least in the meantime.

More specifically, McConnell said "no action" was not an option.

Despite the fact that Trump has advised for something akin to "no action," (aka, the president's "Let Obamacare Implode" rhetoric) other Congress members seem to be moving away from his suggestions.

Here's what other members of Congress are doing.

In the other chamber of Congress, the House of Representatives, 40 Democrats and Republicans have formed a group called the Problem Solvers Caucus, which aims to come up with bipartisan solutions Obamacare's troubles.

Meanwhile, McConnell squashed yet another one of the president's latest suggestions, that Senate rules be changed to allow major laws to only require 51 votes and not 60.

As for Alexander, he's urged the president to move away from "letting Obamacare implode," advising Trump to take the action necessary to make fixes to Obamacare for now.

As we prepare for these discussions, I have also urged the president to temporarily continue the cost-sharing reduction payments through September so that Congress can work on a short- term solution for stabilizing the individual market in 2018.

All in all, it looks more and more members from both parties are trying to work together on health care, and looking to get the president to the same.