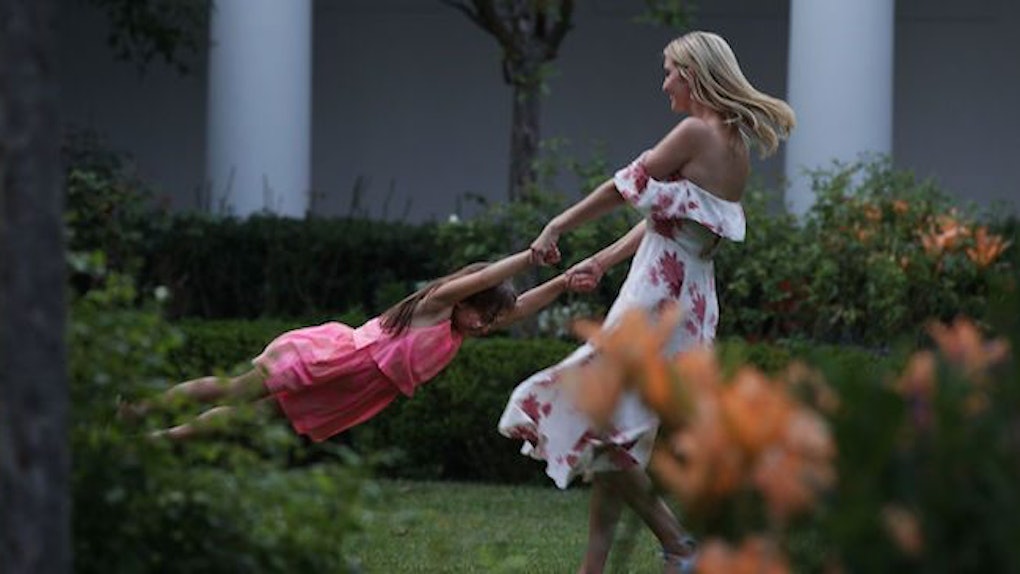 Ivanka Trump's life has been pretty well documented, given that she's the daughter of a man who spent his life forcing himself into the spotlight. And now, thanks to her continued time in the spotlight as well as social media, her daughter Arabella Kushner's life will be similarly well documented. This helps us see something pretty sweet, as photos of Ivanka Trump's daughter, Arabella, show just how much they look like each other.

Of course, this isn't exactly surprising. I mean, they are mother and daughter, after all. But checking out the pictures is a fun exercise in genetics, so we'll take a look.

Aside from looking alike, Ivanka and Arabella have had relatively similar lives... so far. Ivanka was born in 1981, to Donald and Ivana Trump. Arabella was born in 2011, to Ivanka Trump and Jared Kushner. They're both the oldest daughters in their families, born 30 years apart in their parents' first marriage.

Like Ivanka, Arabella has two full brothers (Ivanka also has a half-sister and half-brother in Tiffany and Barron, respectively). Both girls were thrust into the spotlight at a young age thanks to their parents, with Ivanka accompanying her father around town, to Arabella wandering around the White House and interrupting interviews. Aaaand that's about as far as the timeline similarities go at this point in Arabella's life.

But there are some other outward similarities between the two girls as children.

According to Ivanka's Instagram, Arabella already has a penchant for modeling.

In case you don't know, Ivanka actually had a short-lived modeling career in the '90s and early 2000s.

Arabella has Ivanka's straight hair -- although Ivanka's known for her blonde hair these days...

... And everyone loves a good hair accessory.

They've both got big brown eyes (even if Ivanka likes changing up her eye color).

Like Ivanka, Arabella joins in on her parents' appearances.

They definitely both started strong with a sense of style.

And while Ivanka and Arabella love their dads...