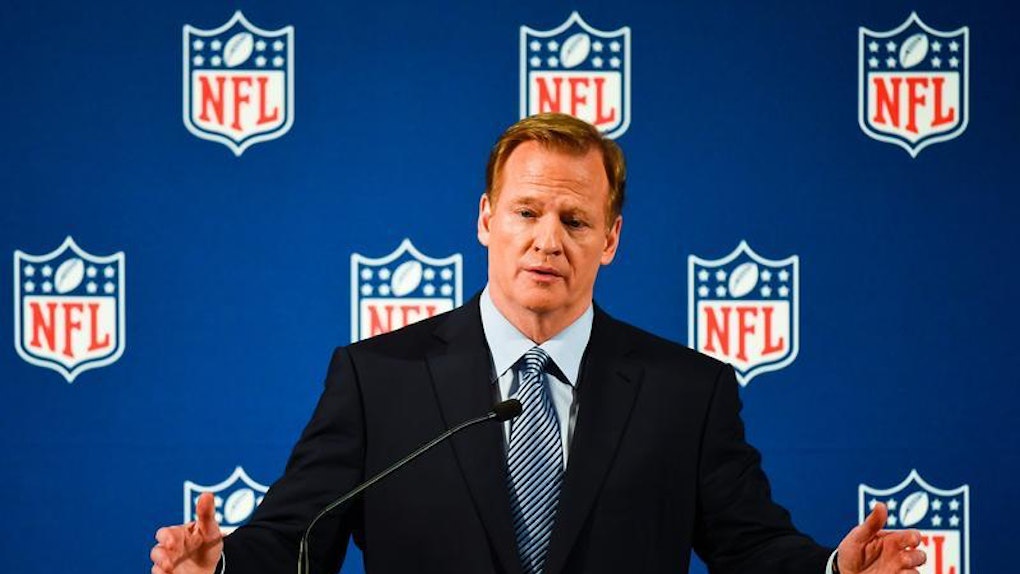 The controversy surrounding the Washington football team's name is no longer just a domestic matter -- it now migrated across the pond.

The team is scheduled to play the Cincinnati Bengals in London in October, and two members of the British Parliament are not happy about it at all.

ESPN obtained the letter, which said,

We were shocked to learn the derivation of the term 'R*dskin,' pertaining as it does to the historic abuse of Native Americans. The exportation of this racial slur to the UK this autumn, when the Washington team is due to play, directly contravenes the values that many in Britain have worked so hard to instill.

Smeeth and Austin asked the NFL to change the name or "at the minimum, send a different team to our country to represent the sport, one that does not promote a racial slur."

We're quite clear that sport is a vehicle for cultural change and celebration of what's best about society rather than hate and division. That's why bringing in new racial slurs to Britain is unacceptable. This is not the way we would want Native Americans introduced to our country.

This is a fairly sticky situation for the NFL, which is constantly under scrutiny (often justifiably) for its handling of various issues.

Many view the Washington team's name as inherently racist and offensive toward Native Americans.

But the football team's owner, Dan Snyder, has been extremely obstinate on this matter and has refused to budge.

We'll never change the name. It's that simple. NEVER — you can use caps.

A few months later, even President Obama said the team should consider changing the name.

If I were the owner of the team and I knew that there was a name of my team — even if it had a storied history — that was offending a sizeable group of people, I'd think about changing it.

Correspondingly, the United States Patent and Trademark Office canceled Washington's trademark of the name in 2014 and called it "disparaging to Native Americans."

But, Snyder appeared unfazed by all this.

This situation in London, however, might prove more difficult for both the Washington football team and the NFL due to laws in England.

The United Kingdom has the strictest anti-racism laws for sports in the world, ESPN notes, largely as a consequence of intolerance exhibited toward black soccer players in Europe.

There's also the fact the game the Washington team is scheduled to play is set to occur in Wembley Stadium, which reportedly has its own anti-racism charter banning "racial, homophobic or discriminatory abuse, chanting or harassment" in accordance with the Football (Offences) Act of 1991.

Moreover, the game is scheduled to be broadcasted by the BBC, which is problematic due to the fact the BBC is publicly owned.

Given it's taxpayer-funded, if we believe it's a racial slur, then that means problems for the BBC in terms of coverage of the event. There is going to come a pressure point. The last thing the NFL wants -- after putting so much behind its brand in the UK -- is a good number of us to begin putting pressure on the BBC in terms of what they're showing and how they're showing it. This is not the image the NFL wants portrayed in the UK.

It's unclear what will ultimately happen, but this issue definitely places the NFL in a tough spot, and it has the potential to force the NFL to further address the controversy regarding the Washington team's name.

Up to this point, the NFL remained relatively silent on the matter, but that may not be possible anymore.