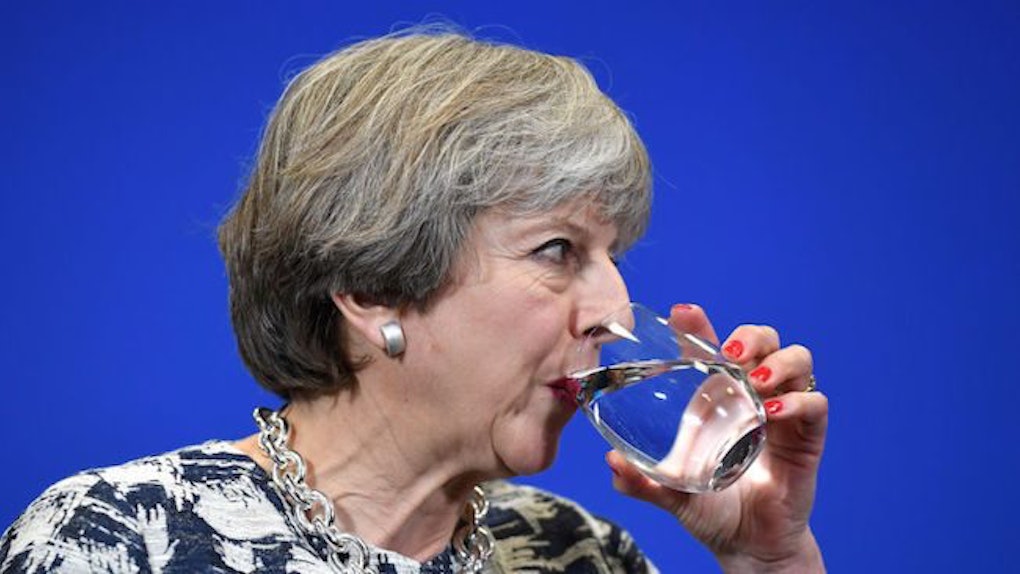 Britain held an election on Thursday, and it's not going the way people expected.

Because, you know, that's just been the general theme of life in the Western world ever since the Golden State Warriors blew a 3-1 lead last year in the NBA Finals. The predictions are always wrong and somehow Tom Brady pulls out a win.

It's an unusual time to be alive. I mean, this unpredictability certainly keeps things interesting, but wow, stability is a fun thing I think we've all forgotten about.

Britain already joined the "that was unexpected" club with the Brexit vote last year, and it's back now with Thursday's election results.

So let's figure out what's going on in the UK.

In April, Prime Minister Theresa May announced that the country would have a snap election on June 8.

The election wasn't supposed to happen till 2020, but May was put in place without an election, so to almost prove that she had the support from British people and was the true leader, she decided to have this election.

Yeah, that may not have been such a good idea.

So there's May in the Conservative Party and then, on the other side, Jeremy Corbyn in the Labour Party.

The exit polls from the election started coming out Thursday evening and showed that, contrary to what had been predicted by pre-election pollsters, May is not getting an outright win.

Based on the exit polls, the UK is heading for a "hung parliament."

British politics are different from American. In elections, parties win seats in Parliament. So a "hung parliament" is when no party has a majority of the seats.

That also means that there's no immediate winner to be the prime minister. With a hung parliament, Corbyn and May will have to battle it out to see who wins.

May would remain prime minister and can try to form a government, but the Labour party could pressure her to resign. There would be a lot of talks and meetings to figure this all out.

Basically, the British government is up in the air, especially as the election results are still coming in. We'll see!

But, my, the hung parliament memes were incredible.

There were British election memes of shock.

And, yes, there were Theresa May puns galore.

In general, there's lots of confusion going on — both from Brits thinking about their future to Americans figuring out WTF is happening.