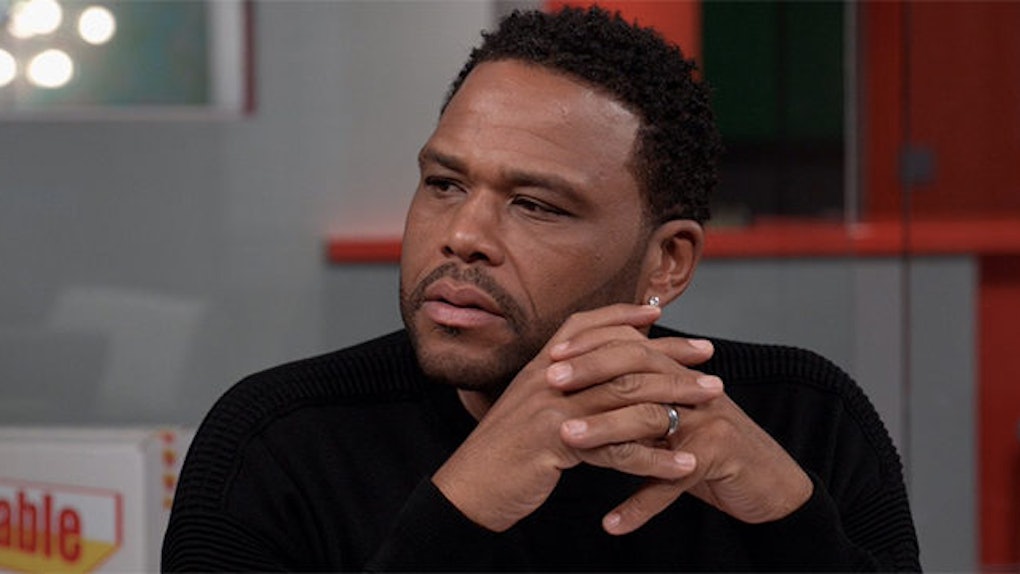 'Blackish' Takes On The Election From All Angles

On January 11, "Blackish" devoted 30 minutes to taking on the election from all angles. But a dramatic, two-minute clip is what's driving most of the conversation.

The notable clip featured its lead character Dre Johnson reflecting on the presidential result within the context of black people's experience in America.

Speechless. #Blackish went there. All the awards for for Anthony Anderson and @BlackishWriters. pic.twitter.com/16ix0wUjSD — Richie (@RichieOnTV) January 12, 2017

The clip begins with a colleague asking Dre why he doesn't care "what's happening to our country." The scene then transitions to a speech asserting that black people are used to things "not going their way."

Dre, played by Anthony Anderson, says during the monologue,

You think I'm not sad that Hillary didn't win? That I'm not terrified about what Trump's about to do? I'm used to things not going my way. I'm sorry that you're not and it's blowing your mind, so excuse me if I get a little offended because I didn't see all of this outrage when everything was happening to all of my people since we were stuffed on boats in chains. I love this country as much — if not more — than you do.

While Dre's speech generated the most buzz, particularly on Twitter, the whole of the episode was devoted to hitting on as many points of the general post-election conversation as possible.

Another moment from the conference room scene tried to show perspective from another view — a white woman who voted for Trump after she and her parents voted for Obama twice.

I'm not some crazy right-wing nut you guys. I voted for Obama — twice. I even got my Republican parents to vote for him. He felt different. I believed he was gonna change stuff. But it's eight years later. My dad's still out of work. My hometown's about to go under. And Hillary comes out saying she's basically going to keep everything the same. I'm sorry, but that doesn't work for me and my family.

Of course, the episode did feature moments that might be considered controversial outside of a comedy script — Lucy's comment, "White women aren't sisters. We hate each other," or Dre co-signing, "All I cared about was that [Obama] was black," for example.

But the overall objective was clear: to make a bold attempt at covering as many angles as possible.

And there's no doubt that Anderson's monologue was the boldest of those moments.