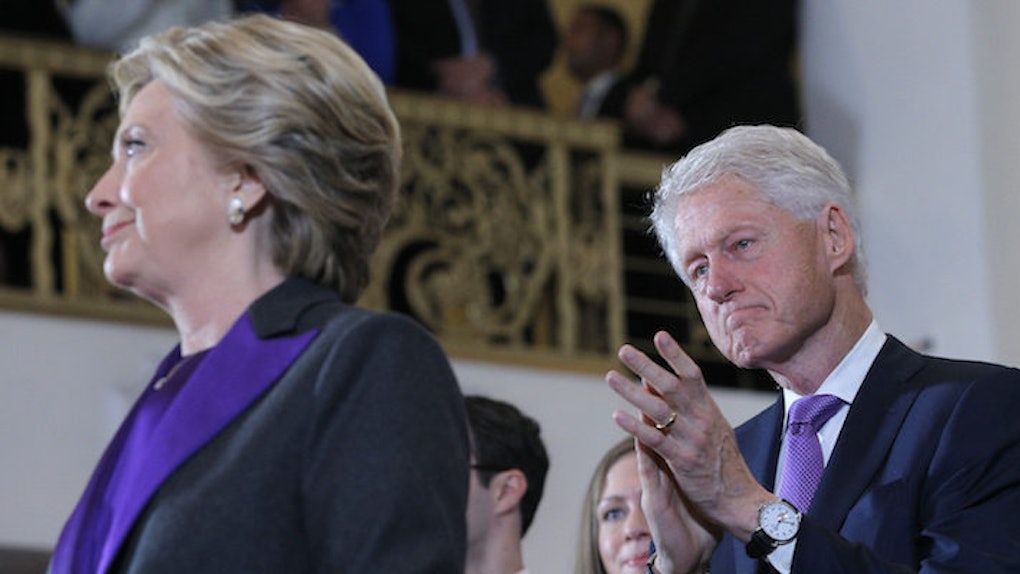 Bill Clinton Tears Up After Casting Electoral Vote For Hillary

Bill Clinton was one of the hundreds of electors who cast a vote in the Electoral College on Monday.

Although the popular vote happened back in November, with Hillary Clinton winning by over 2.5 million votes, the Electoral College didn't vote until Monday. This is when Donald Trump is supposed to be formally elected.

Bill Clinton is actually an elector in the state of New York, where he and Hillary have lived for a long time since leaving the White House.

So on Monday, when New York electors gathered to cast their college votes, Clinton was there among them.

New York Governor Andrew Cuomo proceeded over the college voting. He invited Bill up to be the first one to cast a ballot.

New York voted for Hillary Clinton in the popular election, and so electors followed suit and cast their votes for her as well.

You can watch Clinton cast his ballot here.

He approaches the ballot box with Cuomo. He enters his ballot and then shakes hands with Cuomo. As cameras click, the room breaks into applause.

After the electors finished their round of voting, Clinton spoke to reporters.

With tears filling his eyes and a big smile on his face, Clinton acknowledged that it was a bittersweet moment, but,

I never cast a vote I was prouder of.

I watched her work for two years. I watched her battle through that bogus email deal and be vindicated to the end. When Secretary Powell stuff came out, she fought through that. She fought through everything, and she prevailed against it all. But, you know, then with the end, we had the Russians and the FBI deal, but she couldn't prevail against that. She did everything else. And still won by 2.8 million votes.

People on the internet had feelings.

The Electoral College proved that it is now essentially a symbolic puppet by casting along popular vote results, with the exception of some relentless Bernie Bros who thought they were being cool by not voting for the first female presidential nominee of a major party.