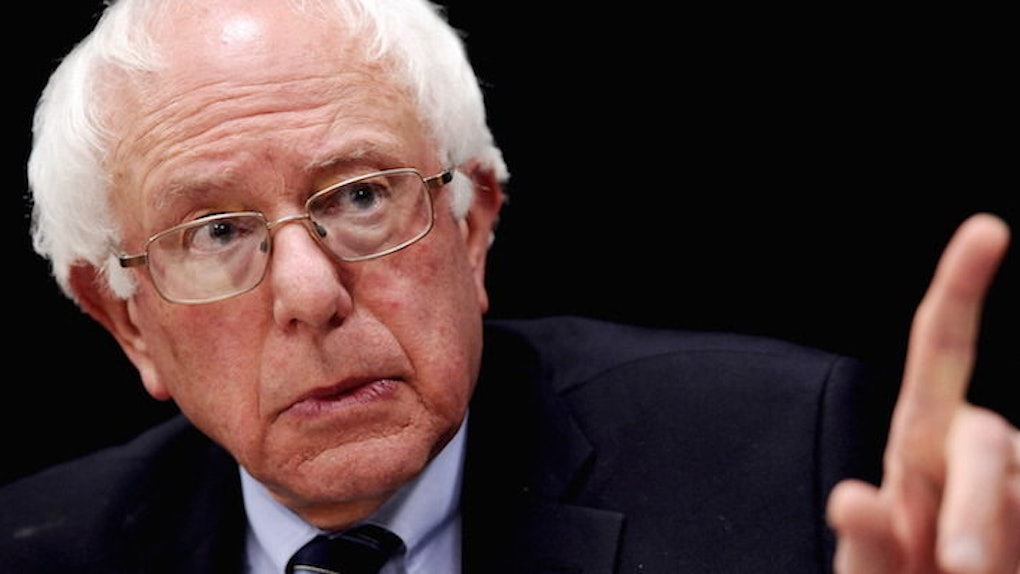 It's not exactly a secret Senator Bernie Sanders is not a fan of the "establishment," and this includes the mainstream media, or what he frequently refers to as the "corporate media."

So, it might come as a surprise to people he attended the White House Correspondents' Dinner (WHCD), aka Nerd Prom, on Saturday night.

The dinner is essentially as "establishment" as it gets, and it's a night where Washington's elite is given a chance to pat itself on the back. In other words, the WHCD is Bernie Sanders' nightmare.

But given how hard it is to get an invitation to this event, which is attended by everyone from the president to celebrities like Kerry Washington and Kendall Jenner, you don't say no if you're among the select few who receive one.

Not to mention, this is President Obama's last WHCD, and he typically makes some pretty good jokes during his speeches at this annual event.

I can only imagine how reluctant Sanders was to attend. He went nonetheless. But being the rebel he is, Bernie refused to fully play along: He did not wear a tux.

He still looked pretty sharp though. You do you, Bernie.