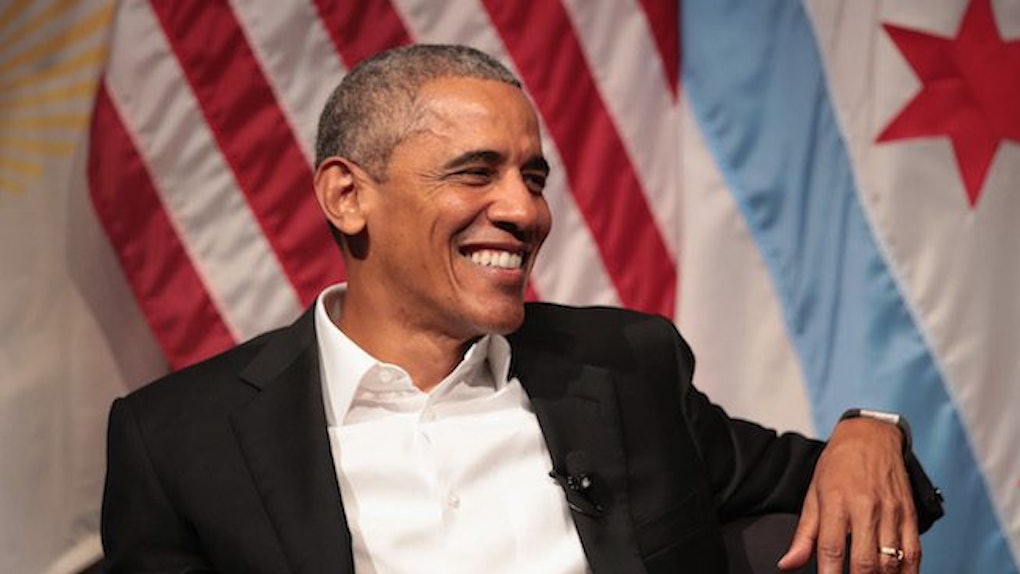 There are the big duties of the president — running the country, negotiating with foreign leaders, maintaining an active Twitter presence — and then there are the small ones, like signing form letters to welcome new citizens.

Well, Donald Trump seems to have dropped the ball on one of those — at least according to a letter received by one new U.S. citizen welcoming him to the United States. While a new citizen's welcome packet traditionally includes a letter signed by the president, it seems that's yet another thing the Trump administration hasn't gotten around to taking care of yet.

Aisha Sultan, a journalist with the St. Louis Post-Dispatch, posted to Twitter an image of her British-born husband's welcome letter from July 14, the day he took his oath of citizenship.

The letter is a tribute to America, welcoming the newly-sworn citizen to their new status and congratulating them on their achievement. Except — whoops — at the bottom of the letter, the signature is clearly that of 44th president Barack Obama.

The signature flub is especially ironic in light of President Trump's noted antipathy towards immigrants.

He's spoken harshly against undocumented immigrants, including calling Mexican immigrants criminals and rapists during the 2016 presidential campaign. His administration has also attempted to ban travel from several majority-Muslim countries, a move which is currently being tested in federal courts. Legal immigration is potentially on the chopping block, too — his administration recently began looking into cutting the number of legal immigrants who enter the country each year by half, according to Politico.

It's likely that the letter received by Sultan's husband, however, is just an oversight.

The Trump administration's staffing isn't currently at 100%. As of mid-June, the administration still had hundreds of top positions sitting vacant, an under-staffing situation which slows down government efficiency.

But the ultimate moral of the story? This is why you always proofread.