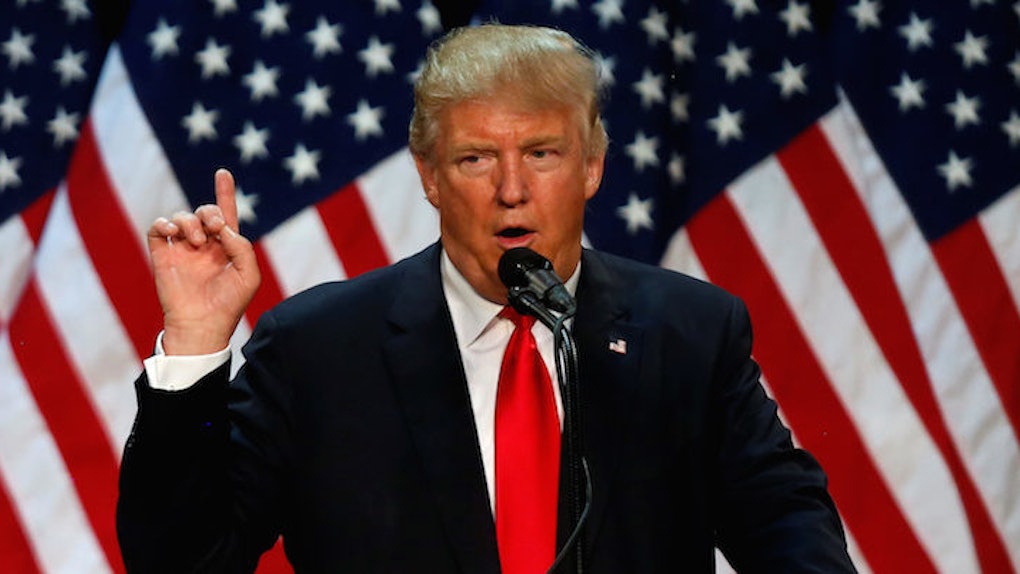 In case you didn't know, the Republican National Convention is going down in Cleveland in July.

Given the state of the election at the moment, and the fact Donald Trump is now the presumptive GOP nominee, it's going to be quite an event.

There will undoubtedly be a number of protests, and security officials are preparing themselves for what could be a decidedly chaotic convention.

On top of all this, photographer Spencer Tunick, known for taking photos of massive crowds of nude people, is looking for 100 women willing to pose nude for a photo in Cleveland during the RNC.

The photo shoot is called "Everything She Says Means Everything," and according to the website for the shoot,

The photograph will involve 100 nude women holding large mirror discs, reflecting the knowledge and wisdom of progressive women and the concept of 'Mother Nature' into and onto the convention center, cityscape and horizon of Cleveland. The philosophy of the artwork relates to the idea of the sacred feminine. By holding mirrors, we hope to suggest that women are a reflection and embodiment of nature, the sun, the sky and the land.

Tunick wants this to be a symbolic feminist protest against the misogyny of Donald Trump.

In an interview with the Cleveland Scene, Tunick stated,

If you're interested in getting involved in this nudest protest photo shoot, you can click here to sign up. You will have to send in a photo in order to do so, but according to the website this is because Tunick is looking for a wide range of "body types and skin tones" to be represented in the final product.

In other words, it seems the photographer wants this to be about diversity and inclusivity, two sentiments that have been severely lacking in terms of Donald Trump's presidential campaign.

Get naked for tolerance!