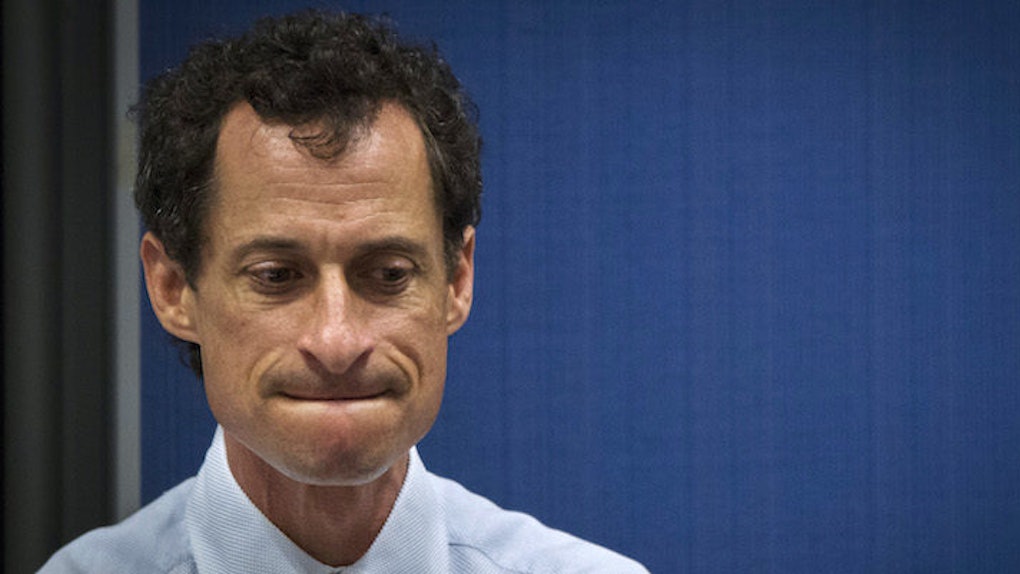 More details are emerging from the latest Anthony Weiner sexting scandal, and it's really, really not looking much better for the disgraced former politician.

The New York Post initially revealed on Sunday Weiner had sent a woman a picture of his crotch that included his now 4-year-old son asleep in bed next to him.

The Post now reports Weiner regularly used his son in his sexts with one woman.

The latest story was the final straw for Huma Abedin, Weiner's wife of six years who has been a longtime close aide of Hillary Clinton. Abedin announced on Monday (to cheers across the internet) she is separating from Weiner.

Aside from putting her through three distinct sexting scandals -- one including the ridiculous name "Carlos Danger" -- Weiner grossly included their son.

Obviously, it's not cool to judge another person's sex life and we don't know the details of Weiner and Abedin's marriage, but I feel pretty confident saying involving your toddler son in cross-country sexts is disgusting.

Weiner was DMing on Twitter with an unnamed woman, according to the Post. He sent her a picture of his son at a playground with a message saying,

Already at work. Being a chick magnet.

The woman replied, calling the child an "it," saying,

It's like a puppy. Chicks love cute kids and puppies

Weiner sent the woman several other photos of his son, including the one of them in bed. You can read the texts here.

Weiner continually complained about his marital sex life and having to take care of his son to the woman on Twitter, according to the Post.

Abedin has been traveling around with the Clinton campaign for the presidential race, for which she serves a vital role.

She has said multiple times she would not be able to do her job if she did not have Weiner at home to take care of her son.