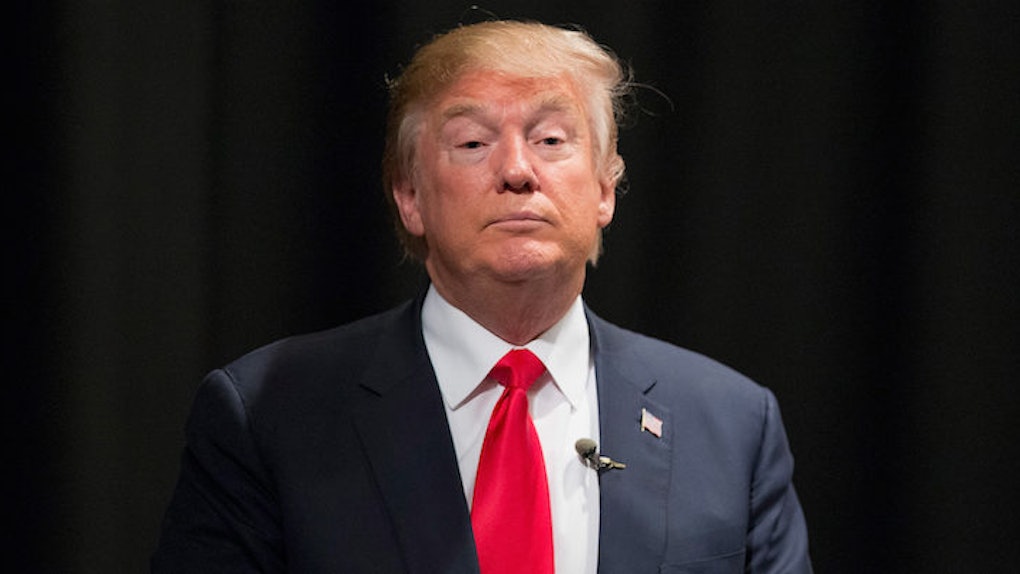 Anonymous Targets Donald Trump Over His Proposal To Ban Muslims

Apparently, the group isn't very happy with many of Trump's stances, particularly his call to ban all Muslim immigration to the United States.

Anonymous contends this proposed policy and the sentiments that drive it embolden ISIS and help it recruit.

In a video, Anonymous stated,

Donald Trump, it has come to our attention that you want to ban all Muslims [from entering] the United States. This policy is going to have a huge impact... The more the United States appears to be targeting Muslims, not just radical Muslims, you can be sure that ISIS will put that on their social media campaign. Donald Trump, think twice before you speak anything. You have been warned, Mr. Donald Trump.

This warning comes not long after Anonymous targeted ISIS following the Paris terror attacks in November.

Some celebrate and applaud the hacking group's tactics and political stances, but the group and its methods still remain controversial.

During the tumultuous events that followed the police killing of Michael Brown in Ferguson, Missouri, for example, Anonymous tweeted an image and purported it to be the officer involved. This turned out to be false.

Meanwhile, Donald Trump is not backing down on his anti-Muslim rhetoric in spite of widespread condemnation, and even though a recent poll also revealed a majority of Americans do not agree with his call to ban Muslim immigration to the US.

Watch the video Anonymous released about Trump below.

Citations: Anonymous claims it has eliminated 5,500 ISIS Twitter accounts (The Hill), What Anonymous Got Wrong in Ferguson (The New Yorker), Donald Trump Not Backing Down on Comments About Shutting Down Muslim Immigration (ABC News), Donald Trump's Plan on Muslims Is Opposed by Most Americans; GOP Is Split, WSJ/NBC Poll Finds (The Wall Street Journal)