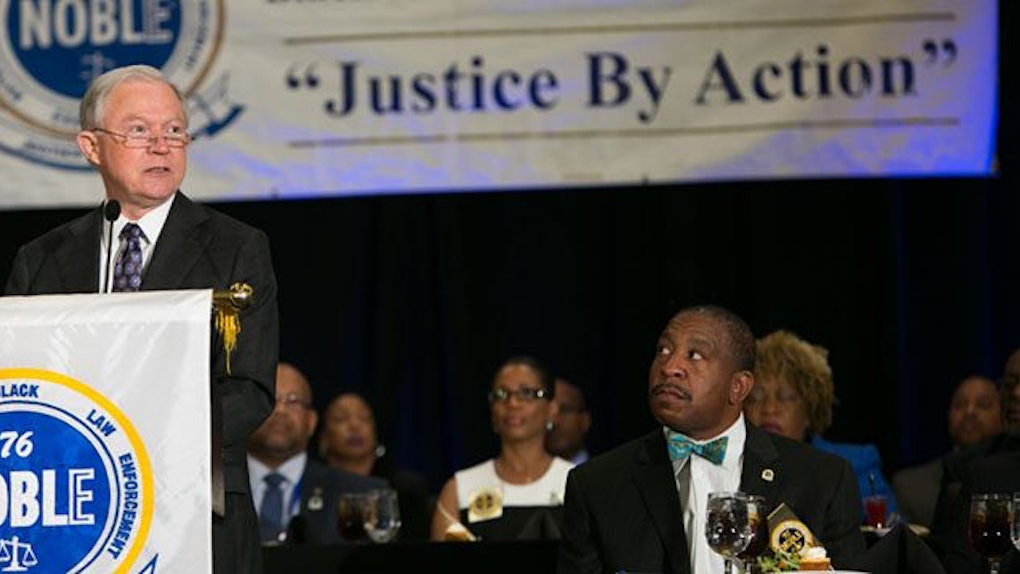 How Does Affirmative Action Work? Jeff Sessions Is Investigating It

Before exploring why Donald Trump's administration, and particularly Attorney General Jeff Sessions, is reportedly looking to investigate affirmative action at colleges, an obvious question needs to be answered: How, exactly, does affirmative action work these days? You might know that it's a decades old policy meant to counteract discrimination, but you might not know know what implementing that policy looks like in practice. If you're questioning whether or not the Justice Department has good reason to tackle affirmative action, it's best to start with the basics.

Employing affirmative action means a college or university engages in practices meant to increase access to its institutions for groups of people who are historically disadvantaged. Eight states have banned the implementation of race-based affirmative action, including California and Florida, but in 2016, the Supreme Court ruled in favor of universities considering race to increase diversity at schools in Fisher v. University of Texas.

Considerable deference is owed to a university in defining those intangible characteristics, like student body diversity, that are central to its identity and educational mission.

Considering race in admissions is not the only step taken to increase diversity. As the National Conference of State Legislatures points out, colleges will also encourage minorities to apply to schools by increasing outreach to diverse communities while also offering financial assistance.

Some opponents of affirmative action argue that the policy results in reverse discrimination; that considering the race of minorities while admitting students leads a school to inevitably discriminate against a white student.

In an op-ed written four years ago, serial entrepreneur and Stanford University alum Peter Thiel made that very argument, saying,

On the other hand, proponents of affirmative action policies argue that inherent bias against race is, in itself, a disadvantage. Furthermore, in states that have banned affirmative action, studies have shown that black and Hispanic students become even more disproportionately represented.

So, while it's unclear exactly what actions the Department of Justice (DOJ) will take, if any, in regards to "intentional race-based discrimination in college and university admissions," we'll hopefully get its stance on the question of whether measures taken to increase diversity discriminatory are just.