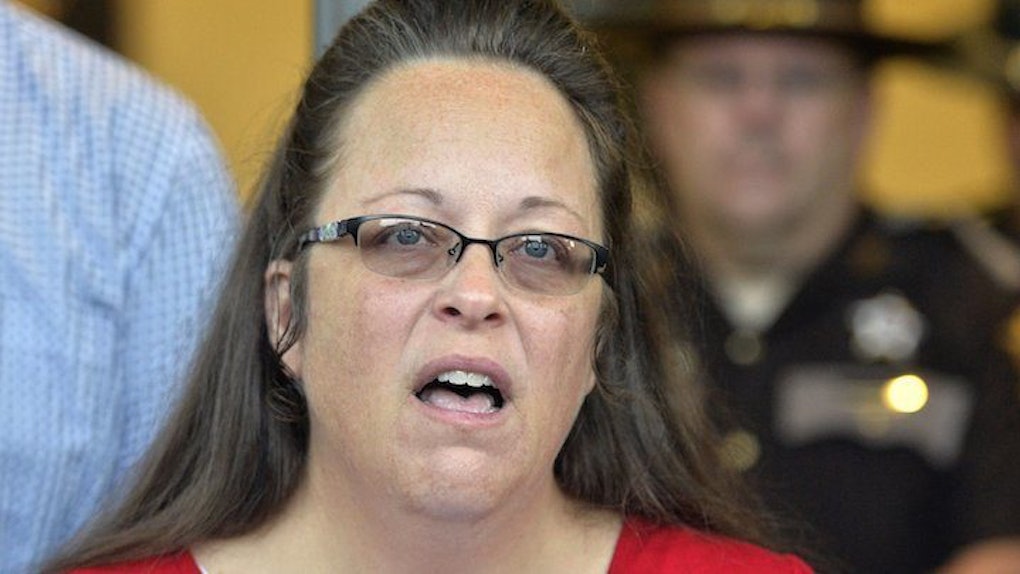 Kim Davis Is Being Accused Of Interfering With Marriage Licenses Again

She reportedly "confiscated all the original forms, and provided a changed form" that didn't contain her name or Rowan County. Consequently, the ACLU contends the licenses might be invalid.

The ACLU would like an unmodified version of the county's marriage license to be issued.

Davis, who's generated a great deal of controversy in recent weeks, was briefly jailed in early September after being found in contempt of court for refusing to issue marriage licenses to gay couples.

On September 8, Davis was released under the condition she not interfere with deputies issuing same-sex marriage licenses.

It now appears she may be violating this stipulation just one week after returning to work. Her lawyer reportedly stated she's made a "good faith effort to comply with the court's order," but history gives cause to doubt this assertion.

Davis, an Apostolic Christian, objects to same-sex marriage on religious grounds and feels she should not be required to issue marriage licenses to gay couples.

She's been habitually obstinate on this issue, even though her dubious interpretation of religious freedom did not hold up in court.