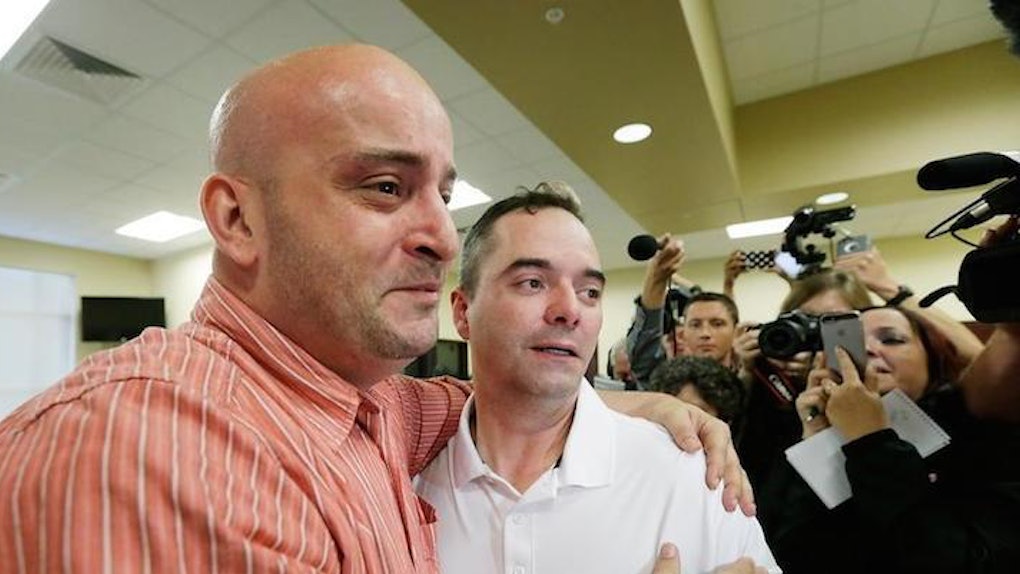 Since the Supreme Court legalized same-sex marriage in June, a Kentucky county clerk, Kim Davis, refused to give out any marriage licenses.

Davis, who's an Apostolic Christian, believed she had the right to refuse giving out marriage licenses on religious grounds.

Ultimately, a federal court, an appeals court and the Supreme Court ruled Davis had to give out marriage licenses to couples, regardless of sexual orientation, whether she liked it or not.

But even after the highest court in the land ruled against her, Davis continued to refuse to do her job.

She is now in jail after being found in contempt of court by US District Judge David Bunning on Thursday, NBC News reports.

New York magazine notes the judge argued religious beliefs did not supersede the law for government officials. He stated,

The court cannot condone the willful disobedience of its lawfully issued order. If you give people the opportunity to choose which orders they follow, that's what potentially causes problems. Her good-faith belief is simply not a viable defense. Oaths mean things.

Davis will reportedly remain in jail for at least a week so her office can streamline the process of giving out marriage licenses to gay couples.

With Davis gone, Deputy Clerk Brian Mason handed out the first marriage license to Smith and Yates on Friday.