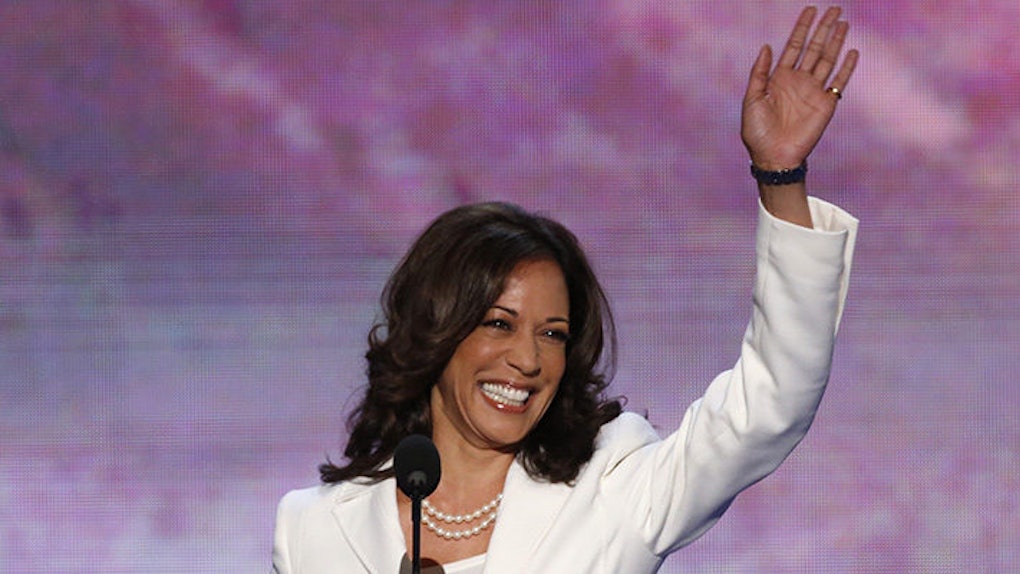 Silver Linings To Celebrate Even Though Trump Won

The fact that people who didn't vote for Donald Trump are disappointed is not a surprise.

That's what happens with elections.

Each side invests energy into supporting one candidate, and when that candidate loses, voters are prone to feeling deflated.

With Trump, though, there's something different.

There's a feeling that the vote for Trump was a rejection of progressive social views in America.

And there's sure to be a lot of discussion on channels, websites, newspapers and radio shows as to whether or not that's true.

Still, there are a number of accomplishments from Tuesday night that can be counted as wins for diversity and inclusion, and many of them were achieved by women.

After winning her statewide race in Nevada, Catherine Cortez Masto (D) will become the first Latina woman ever to serve in the Senate when she takes her seat in 2017.

Masto, the granddaughter of a Mexican immigrant, succeeds longtime senator Harry Reid (D), who is retiring after 30 years in office.

Two Asian-American women were elected to the Senate.

Two Asian-American women were elected to the Senate on Tuesday night.

Duckworth is a double-amputee Iraq war veteran who was awarded a Purple Heart.

Harris is of Jamaican and Indian descent, and is the second black woman elected to the Senate.

Duckworth and Harris join Hawaii senator Mazie Hirono (D), who in 2012 became the first Asian-American woman to be voted into the Senate.

This marks the most women in Senate history — thus far.

In 2017, women will make up slightly higher than one fifth of the Senate's 100 seats.

Twenty one female senators eclipses the previous all-time high of 20.

The first Somali-American legislator was elected in Minnesota.

Omar is a 34-year-old Muslim woman who came to the US as a refugee after escaping civil war in Somalia.

The first openly LGBTQ+ governor was elected in Oregon.

Kate Brown (D) has been serving as the governor in Oregon since 2012, but she had only taken over because she was next in line after the resignation of her state's former governor, John Kitzhaber (D).

This year marked her first actual race for the governor's seat, and she won, making her the first openly LGBTQ+ governor elected to office.

Brown, who has been openly bisexual for decades, talked a month ago to Washington Blade about what her election would mean, saying,

You can't be what you can't see. If I can be a role model for one young person that decides that their life is worth living because there's someone like them in the world, it's worth it.

The first openly LGBTQ+ African-American lawmaker was elected in Colorado.

Another LGBTQ+ politician was elected on Tuesday night, specifically in the Rocky Mountain State.

Leslie Herod (D) was elected to Colorado's House of Representatives and said to Denverite,

I will be the first African-American LBGTQ elected official to ever hold office in Colorado. I think what went right for me was bringing all the communities together and saying we can do this together.

Herod's win was just another one of the multiple firsts that happened on Election night.