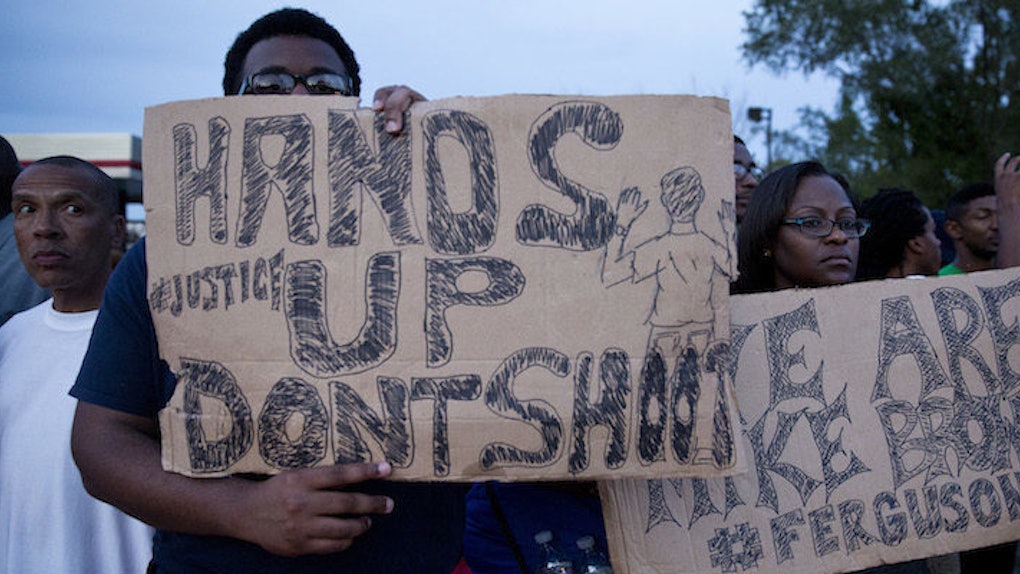 It's been well over a year since a police officer shot and killed Michael Brown in Ferguson, Missouri.

Brown's highly publicized killing incited an ongoing debate surrounding the use of lethal force by police. It also helped catalyze Black Lives Matter, which is arguably the largest social movement of our era.

In spite of these developments, US police shot and killed nearly 1,000 Americans in 2015, according to an extensive study conducted by The Washington Post.

According to the study, out of the 965 people fatally shot by police in America this year, 564 were armed with a gun, 281 had some other type of weapon and 90 were unarmed.

Around 40 percent of those shot and killed while unarmed were black men -- it's worth noting black men only make up around 6 percent of the population.

But what is perhaps the most disconcerting statistic from this study is the fact that around a quarter of those killed by police in 2015 were mentally ill. Police fatally shot 243 individuals with mental health problems: 75 who were suicidal and 168 with confirmed histories of mental illness.

Unfortunately, this doesn't come as much of a surprise, as past studies showed around half of those killed by police each year have mental illness.

This points to the need for more training regarding deescalating situations involving individuals with mental health problems.

According to FBI data, US police kill an average of around 400 people per year, which means they've shot and killed more than twice that number in 2015.

It's also problematic many police departments don't provide the FBI with reports on the use of lethal force by their officers, so we don't really have a full picture of how often police kill people.

No one can deny police have dangerous and difficult jobs, and it would be wrong to vilify all cops. But the number of people shot and killed by police in the US is staggering, particularly when compared to other developed nations.

The law might justify the use of lethal force in many instances, but one could argue this signifies the need for reform. You are permitted to kill under certain circumstances, but that doesn't mean there aren't alternatives.

We also can't ignore the large number of mentally ill individuals being killed by police or the disproportionate number of unarmed minorities killed.

It's clear tensions between the public and police will not dissipate as we move into the new year, but hopefully this data will urge law enforcement toward making substantive changes.