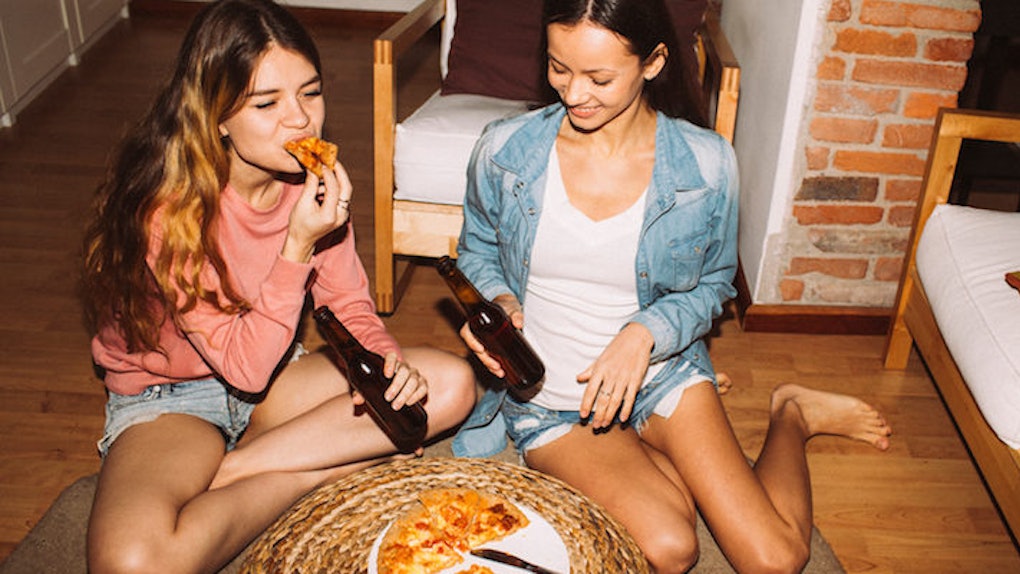 Pizza ATMs Will Soon Be All Over North America

It's 1 am, and you've been drinking steadily since happy hour. You've already texted your ex about six times (who's counting?) and fallen on your face.

But you refuse to give in and call an Uber.

No, you're in desperate need of sustenance... but it looks like you're in a McDonald's-free zone.

Just about when you think your stomach is about to eat itself, you look up and see it shining in the distance, a literal gift from the gods: a pizza ATM.

Our voices have been heard, my friends. These magical masterpieces are a reality.

Let's be real: The cash you get from your typical ATM was just going to go toward buying pizza anyway.

The pizza vending machine has been but a distant dream for most of us after we heard French company Paline had released a self-serve pizza ATM at Xavier University in Cincinnati, Ohio this August. This historically marked the first time anyone seriously said, "I wish I lived in Cincinnati."

Naturally, other colleges across the country started asking for their own, and dear, dear Paline took pity on us all.

According to Alec Verlin, Pizza ATM's product representative, several pizza ATMs are set to ship to the US as early as this January.

While he won't say where the ATMs are going, he did make it clear they had the interest of hundreds of people. They expect the ATMs to pop up all over the US and Canada this year.

Pizza vending machines have allegedly been a hit in Europe, which makes me distrustful of Europe for keeping something so delicious and purely American from us.

If you're curious how a random street machine can make a 10-inch pizza in under three minutes, enjoy this terribly-dubbed ad for the original ATM machines.

Like, really. It's kind of a work of art, thanks to how bad the dubbing is.

See?! Nothing sketchy about it at all.

Citations: Pizza ATMs Will Soon Roll Out Across the Country (Grubstreet), It's conquered Xavier University, now Pizza ATM is ready to take the continent (WCPO)