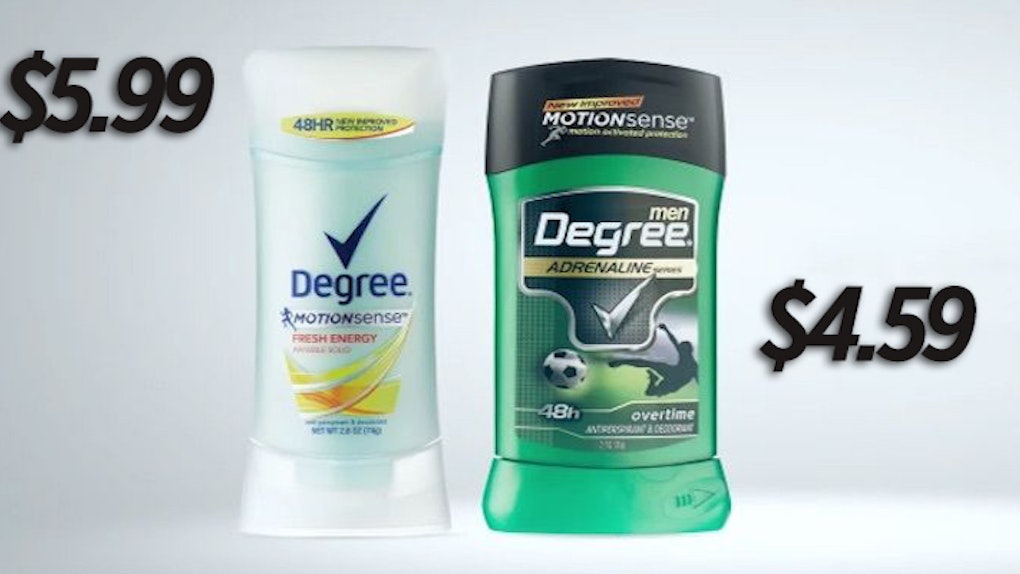 Boxed, an online delivery service for household products, is taking a stand against the so-called "pink tax."

The pink tax is when products for women cost more than the equivalent product for men. Which is a real thing that happens.

Yup. Being a woman continues to be an incredible experience.

Which is just extra fun because, statistically, women make less at work since the gender pay gap is also a real thing that happens. So we make less and have to pay more.

Aside from the pink tax phenomenon, there is a very real tax on tampons and other ~feminine hygiene products~ like pads. In many states, pads and tampons are actually considered luxury goods and women have to pay an extra tax for them.

So far, a handful of states have gotten rid of the tampon tax. New York was the latest.

But Boxed decided to take it a step further for all states.

Nitasha Mehta, Associate Director of Reengagement Marketing at Boxed, came up with the idea.

She went to the company's CEO, Chieh Huang, and told him the company should lower their prices on women's products and lessen the costs of the tampon tax for female shoppers.

So now, you can find items on the Boxed site with a little pink "NO PINK TAX" sign, indicating prices have been changed.

You can see that these price changes are necessary by comparing prices from other sellers (in this case, Walgreens). Boxed put a "no pink tax" on Degree deodorant.

Huang told Elite Daily that agreeing to this idea was "a no-brainer," even though the company will be taking a bit of a financial hit after putting it in place.

I just feel very proud to be part of the team that will take a stand on an important issue.

They hope that by taking a stand, more change will happen across the country to get rid of discriminatory pricing. They want to see this change from both other household product sellers and the government.

Our ultimate goal is for other retailers to get on board and take a stand against this issue as well as eventually passing legislation on the tampon tax.

The cool thing about this plan is that it came about from a CEO actually listening. Mehta told me she felt "super comfortable" coming to Huang with the idea, which is so important in creating an impact.

For his part, Huang admitted,

This is the best idea we've ever had, and I had no part in the generation of it.

He said he didn't know about the pink tax until Mehta told him about it. But as soon as she explained it to him, he knew they had to make a move.

Boxed is known for being an open company that cares for its employees. Last spring, Huang implemented a policy to help pay for employees' weddings. He also has a policy where he will personally pay for his employees' children's college tuition.

With this move, Huang is taking that benevolence outside to his customers. Hopefully, other sellers will soon follow suit.