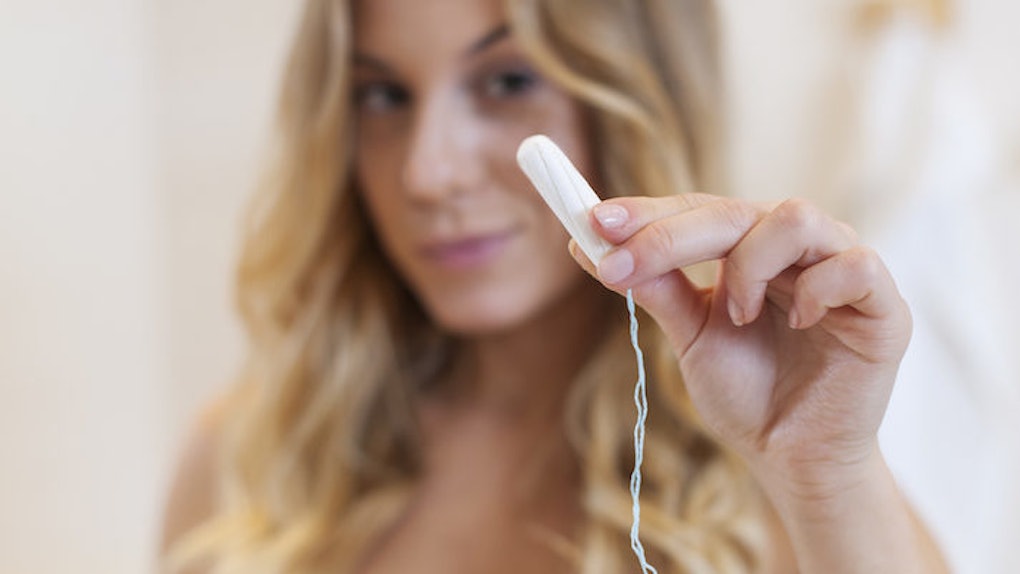 The tampon tax is a real thing that exists in most states in America.

Tampons (and other feminine hygiene products) are considered "luxury items" in most states and are, thus, given higher prices due to a luxury tax.

So, women have to pay even more money for items that keep their uterine linings from getting all over their clothes and chairs, and dance partners.

It makes perfect sense because as every woman knows, shoving a wad of cotton up your vagina while curled over from cramps and migraines is the most luxurious experience in human history.

But now, New York state is making moves to make this patriarchal law a thing of the past.

The state senate and assembly approved a bill to end New York's tampon tax this week. It's now headed to Governor Andrew Cuomo's desk to be approved. In a statement, Cuomo said,

Repealing this regressive and unfair tax on women is a matter of social and economic justice... I look forward to signing it into law.

Panty liners, DivaCups and period underwear are also tax exempt under New York's proposed bill. According to Gothamist, the tax exemption will go into effect on September 1.

Tampons are now joining a broad list of tax-exempt "medical" items in New York, including ROGAINE and ChapStick.

It is... undisputable that tampons and sanitary pads serve multiple medical purposes. They are not luxury items, but a necessity for women's health.

With any luck, other states will look to New York as an example and stop the hate.