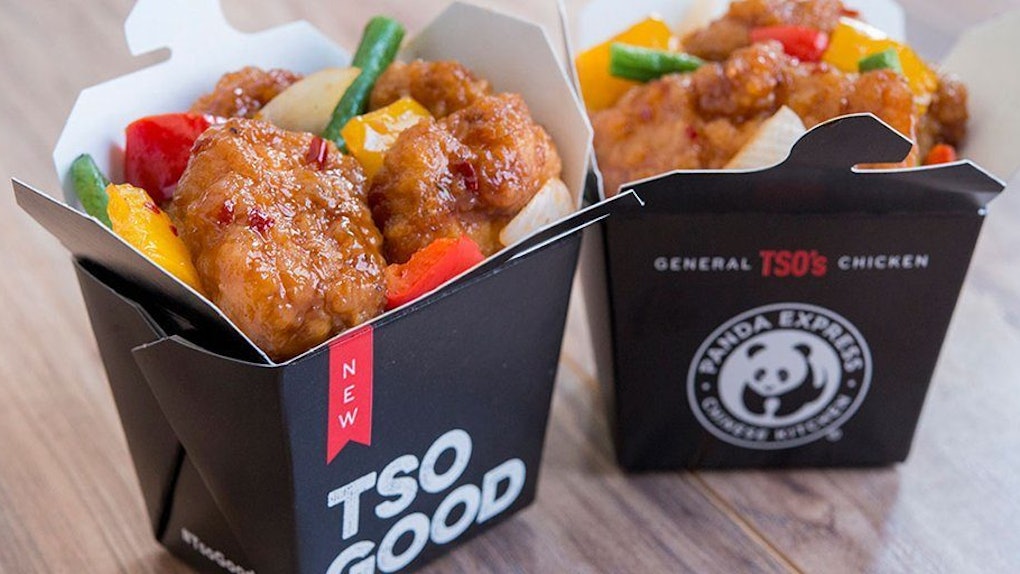 General Tso is quite possibly the highest ranking culinary official ever to wage sweet war on our tastebuds; he even outranks Colonel Sanders in his delectability.

Whether you salute this chicken dish, or throw your allegiance to its lesser cousin, Orange Chicken, I think we can all agree that this decorated war hero of a meal deserves our respect.

Well, now you can officially have General Tso's Chicken at your favorite place to go to in sweatpants when you're depressed about that recent breakup (that happened 11 months ago) -- Panda Express!

That's right, Panda Express finally has General Tso's Chicken, and all is right with the world, except, you know, all the ridiculously horrible sh*t that's happened in 2016.

"#TsoGood?" Will someone please give the person who runs this Twitter account a raise? Or free General Tso's Chicken for a year?

Yeah, that's a much better alternative.

The Panda Express website confirms that, yes, there really was an actual General Tso who lived during the Qing dynasty, although he had nothing to do with the 1955 creation of the meal.

If he were resurrected, General Tso would be like, "How has my legacy lived on in posterity? Do I have at least a monument?"

It would be an awkward conversation, no doubt.

Panda Express describes the meal as "a delicious fusion of Chinese and American flavors: savory spice from Hunan Province and vegetables found in the U.S."

It's as if China texted the US, "My place? Savory spice?" and the US responded, "DTC. Yo I'll bring the veggies."

The meal will only be available until December 27th, so be sure to run, not walk, to the nearest Panda Express and ask for 11 orders of the dish.

Bonus points will be awarded if you mutter, "Come on, hurry up. Mama needs her juice," while wiping sweat off your brow.