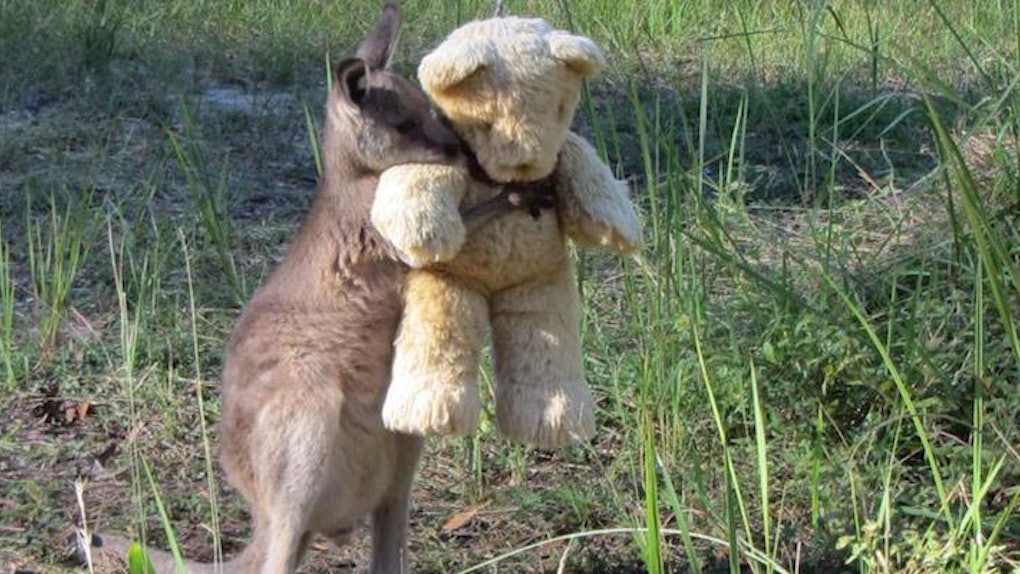 My mom works in marketing and sometimes sends me free shampoo -- which is all right.

On Tuesday, Beshara tweeted a photo his mother sent him of an orphaned wallaby named Doodlebug hugging its pal, an unnamed teddy bear.

My mum (a wildlife-carer) sent me this. Showing the value of a good hug, especially for an orphaned wallaby. #wildoz pic.twitter.com/WuSeDrZ16s — Tim Beshara (@Tim_Beshara) August 4, 2015

If you feel at all sad that Doodlebug's BFF is an inanimate object, Beshara reassures us it is actually cohabitation at its most natural.

Apparently a teddy on a string makes for a good companion for an orphaned wallaby. Who would have thought. — Tim Beshara (@Tim_Beshara) August 4, 2015

BRB, sending Doodlebug a care package comprised of, yes, an entire family of teddies on strings.

Citations: Orphaned baby wallaby has his own teddy bear to hug (Mashable)