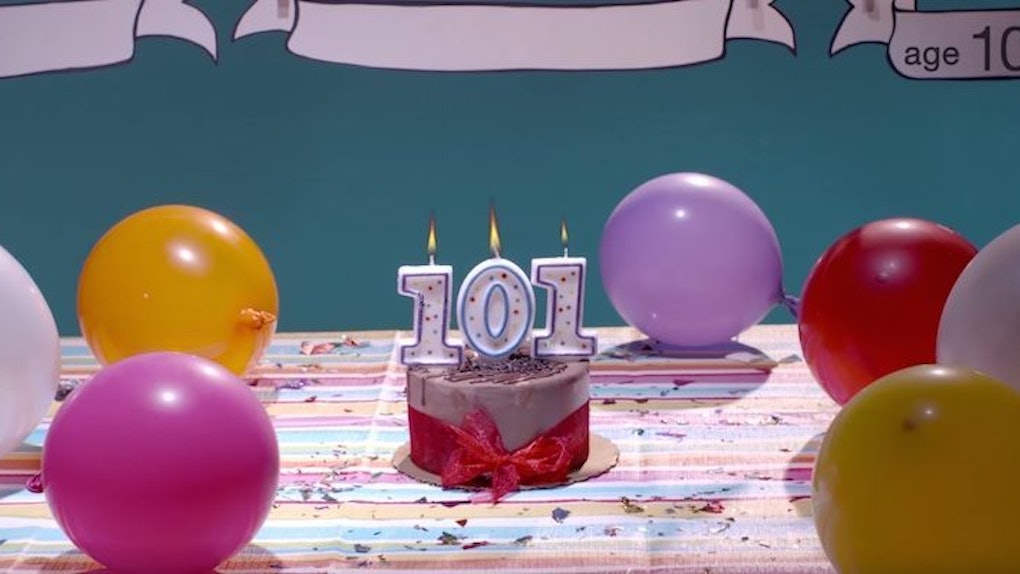 Plenty of people, including (but not limited to) the cast of the musical "Fame," want to live forever.

The closest humans have come to forever, thus far, is 122 years.

How did French centenarian Jeanne Calment achieve this for mankind? She claimed a daily spoonful of olive oil preserved her until her death in 1997.

Glamour compiled advice from some of the world’s longest-living humans so you, too, can live to be excruciatingly old!

A few of the elders cited avoiding parenthood as the secret to persevering into the triple digits, but my favorite advice has to be from María Esther Capovilla, who died at 116 and left behind this concise, priceless crown jewel of advice,

Gracias, María Esther. I will see you on the other side, but not for another 100 years.