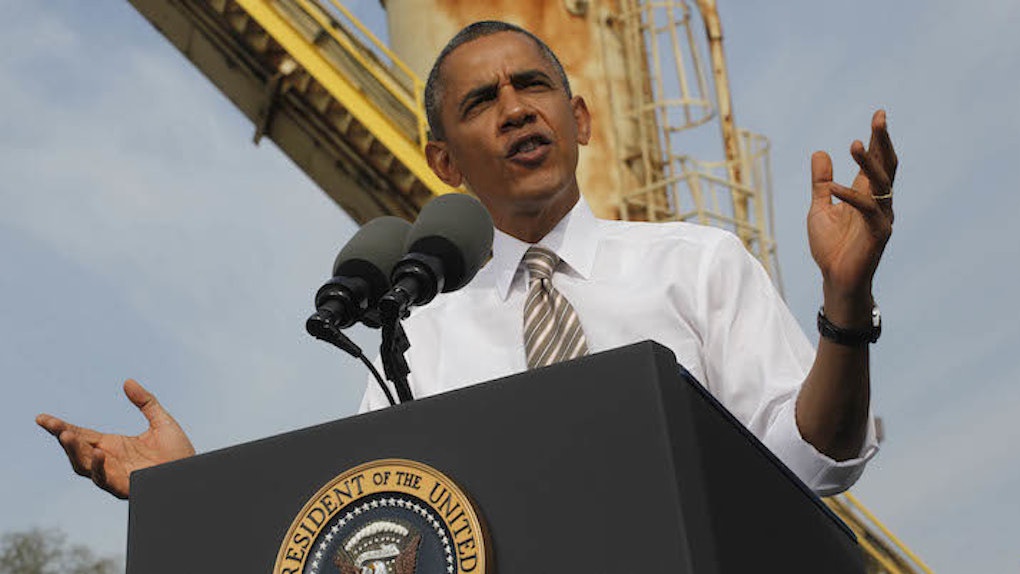 Coal industry companies and Republicans have been very open about their disapproval of the plan, as it will "deliver another blow to the economy and the middle class," said Senate Majority Leader Mitch McConnell (R-KY).

States that adopt the plan early on will be also be given incentives. The plan hopes to:

If the plan is implemented, the use of coal will drop to 27 percent by 2030. In 2014, coal made up 39 percent of electricity, according to the Department of Energy

2. Make 28 percent of a power plant's generating capacity come from renewable sources, such as wind and solar.

The 30 percent share of US electricity generation from natural gas would remain level in 2030.

This is a chance for Obama to implement significant change on an issue that remains high on his presidency's priority list.

A few huge American companies are standing by Obama, and they are investing $140 billion "to lend support to a global climate change deal in Paris in December." The companies include Bank of America, UPS, Google, Wal-Mart and Coca-Cola.

However, there is some pushback on this plan as well, and many states already plan to fight it.

The pushback is coming from states who rely on coal mining, like Wyoming and West Virginia. Critics also say increases in electricity bills would be detrimental to families accustomed to paying lower prices for energy.

House Speaker John Boehner called the plan an "expensive, arrogant insult to Americans who are struggling to make ends meet."

With all the presidential candidates hoping to make an impression with their stances on key issues such as this one, some opposed Republican hopefuls have made their opinions already heard.

Presidential candidate and former Florida Gov. Jeb Bush said the issue of climate change "will not be solved by grabbing power from states or slowly hollowing out our economy."

Democrats like Hillary Clinton and Martin O'Malley are in support of the plan, and they have applauded President Obama on this strong action.

In the weeks to come, as President Obama makes the push for states to adopt the plan for what he hopes will be a more efficient way to protect the climate from harmful carbon emissions, he will "travel to Nevada to speak at the National Clean Energy Summit and later become the first sitting President to go to the Alaskan Arctic," according to CNN.

In December, representatives from countries around the world will meet in Paris "to hash out rules that will limit global temperature increases to 2 degrees Celsius (3.6 degrees Fahrenheit)," according to Hurriyet Daily News.

If you're wondering why our government needs to carry out more plans to combat climate change, the answer is simple.

If we want the Earth to survive longer, if we want to find more and different resources for energy, and if we want to breath cleaner air, we need to have regulations in place that will allow us to do so.