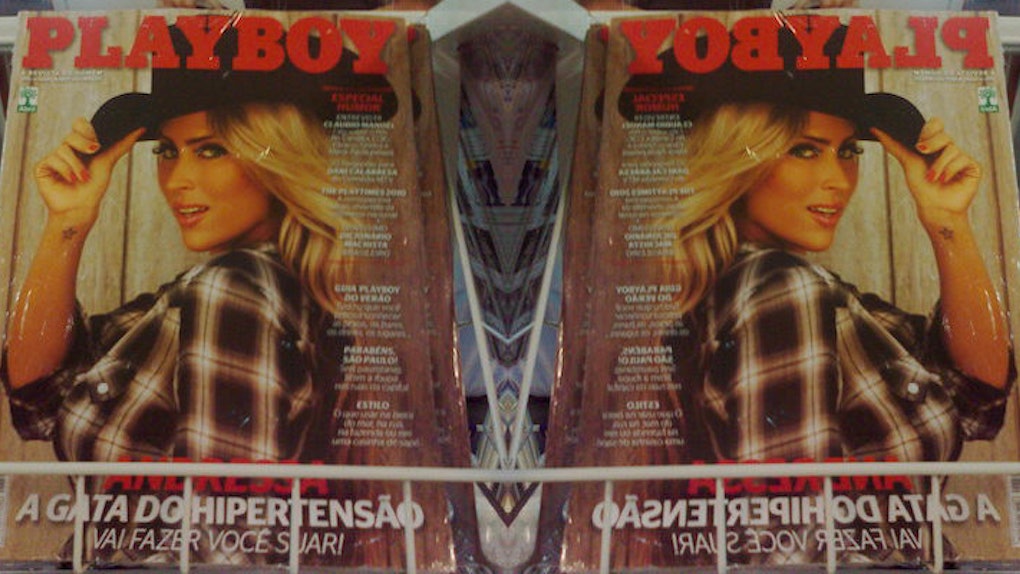 What Playboy's New 'No Nude' Policy Says About The Millennial Mindset

Since its first issue in 1953, Playboy has pretty much taught us to accept female nudity and an everywhere, all-the-time, yes-please kind of objectification of women.

A scrubbed-clean Playboy, however, is soon to be the reality, as the 60-year-old magazine plans a complete top-to-bottom overhaul of its image. This is to be revealed in March 2016.

But why pull away from the lucrative naked game? Apparently, nudity doesn’t give Playboy the same “edge” anymore. We see nudity everywhere and in everything. Naked images of the female body are especially present. In the digital age, this has only gotten worse.

As the magazine’s Chief Executive, Scott Flanders, has said, “It’s just passé at this juncture.”

It’s hard to imagine the naked human form as just passé. While the magazine might not be switching it up with the intention of changing the world -- they’re probably just trying to attract Millennial readers -- this shift definitely reveals a new mindset in America. We want a new kind of nudity.

Gone are the days when “show us your boobs and sell our magazines” could be considered an acceptable business plan. Twenty-something readers don’t want to see female objectification plastered over the slick pages of a magazine, and we definitely don’t want boobs just for the sake of boobs.

We want tasteful; we want important, and we want meaning.

Perhaps, the new business model we desire is, “Show us your boobs for a reason.” Instagram gives us this reason in a surprising way. To desexualize the female form, women across the world are showing their forms. A lot.

The hugely popular #FreeTheNipple campaign, in which people “take their tops off” to fight for the de-objectification of women, has spread from this need to desexualize the female body. And it’s catching on, with almost 3 million posts on the site.

Naomi Campbell, Cara Delevingne and Miley Cyrus are just a few of the more famous contributors.

That's a lot of nipples. But if we’re seeing that tantalizing nudity so much, even in our own social media feeds, doesn’t that mean we’re still just looking at it too much?

Playboy executives might think a shift in their business plan is necessary because nudity is just “passé,” but we aren’t simply desensitized to the naked female form. Sure, we see it basically everywhere, and a naked boob has definitely lost most of its shock value.

The problem Millennials have with naked women draped across magazine pages clearly isn’t the fact there are too many boobs elsewhere, as Playboy might think. It’s that this naked image is still incredibly sexualized and objectifying.

It reduces the female body to easily-packaged, appealing parts used to sell, sell, sell: “This is a boob. Do you like it? Buy my magazine.”

We’re trying to free the nipple (and women in general) from this sort of intense objectification in advertisements and the media.

Playboy is still trying to sell their magazines, of course. They definitely aren’t trying to be activists or free the nipples they’re scrubbing from their pages. Technically, they’re just wrapping those same nipples up again.

But at least they’re no longer presenting women as objects, and their bodies as sexual parts used only to sell copy.

So no, it’s not just passé. It’s definitely more than that.

Hopefully all these visible nips (or the hidden ones, in Playboy’s case) will take some of the “sexy” out of the female form. Or maybe they’ll just make viewers recognize there are real women behind those nips they love so much.

That would be pretty cool, too.