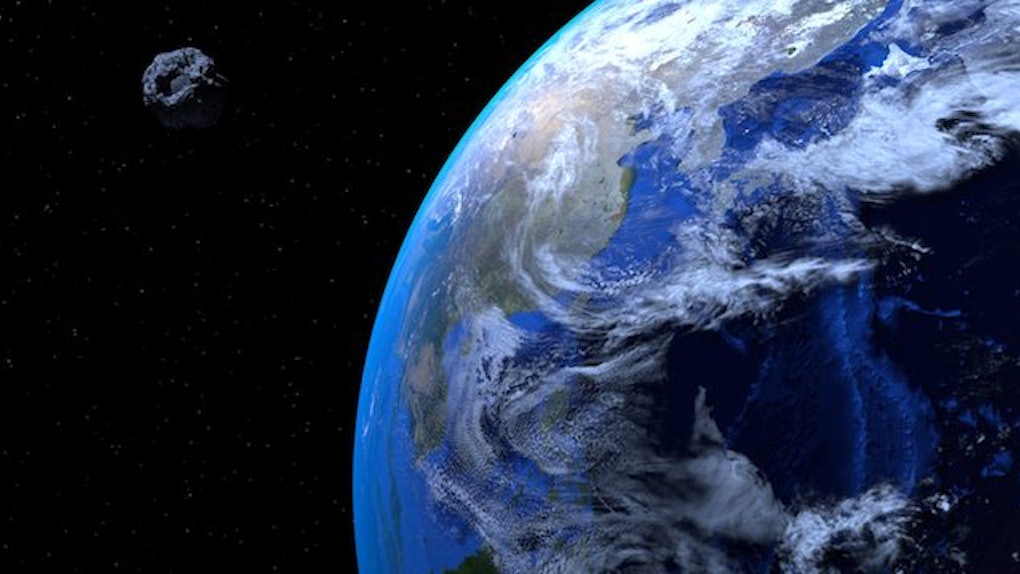 It's probably safe to assume peanuts don't really spark fear in many people — unless you're allergic to them.

Unless, of course, what is masquerading as a giant peanut is actually a huge space rock hurdling toward Earth.

On February 12, the Arecibo Observatory, an enormous radio telescope located inside a sinkhole in Puerto Rico, captured new movies of an asteroid, which they have named 2015 BN509.

This means the object's orbit through space may lead it to crash into Earth one day.

According to Ed Rivera-Valentín, who studies Arecibo data as a planetary scientist with the Universities Space Research Association, asteroid 2015 BN509 flew by Earth last week, traveling at about 70,500 kilometers per hour (44,000 mph).

The 'peanut' shape comes from the fact that it is a contact binary, where the two parts [of asteroids] could not successfully orbit each other and fell back together.

If the threat of a ginormous asteroid striking Earth gives you that déjà vu feeling, you're not crazy. In the past three weeks, we've seen not one, but two similar space rocks that seem determined to strike our planet.

What's different about 2015 BN509 (let's just call it the peanut monstrosity), though, is how close it's come to Earth. The object flew by at a range of about 14 times the distance between Earth and the moon.

An asteroid impact, unlike other natural catastrophes, can actually be avoided. The data from Arecibo can be used by NASA to inform a planetary defense mission.

I guess that's his comforting way of telling us we're not actually as screwed as it sounds?

Here's to hoping that, if the peanut monstrosity does make contact with Earth, it will simply unleash millions of peanuts to rain down upon us, à la "Cloudy With A Chance Of Meatballs."

Citations: Astronomers have filmed a giant, peanut-shaped asteroid flying through space — and one day it just might hit Earth (Business Insider)