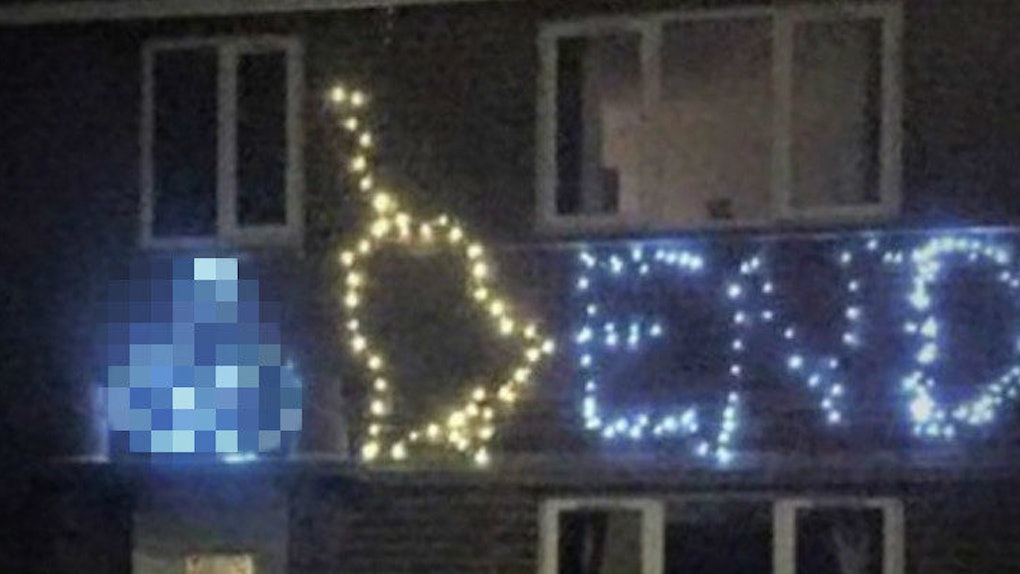 Steve McGawley's Christmas spirit is ejaculating all over his front yard.

It was too much for his neighbors in Blackpool, England, so they called the cops.

But the father refused to take down the XXXmas lights he claimed were "festive."

But level with me, McGawley, what's festive about a massive penis next to the words "bellend" and "cunt"? Don't answer that.

He filmed the hilarious moment cops came knocking at his door and arrested him naked after a 10-minute argument.

I'd normally say "skip to..." but the entire thing makes for good watching.

It's this or "Home Alone 2." Choose the McGawley video.

Let's take a closer look at these lights. They started off rude, but at least this one is actually kinda festive:

FYI a bellend is the end of a penis. Then the lights were hardcore rude. So rude, we've had to cover it with a taco emoji.

He finally got the message after some time in the cell, which, by the way, he reviewed.

Want to thank the nice duty officer who made my stay very welcoming and satisfying, although my cell had a few old beans on the floor and spit all over the gaff, but I'm not one to complain, overall performance I give you four out of five — point deducted for a tight handcuff on my right wrist.

On Monday, December 19, officers attended an address on Rodwell Walk following a number of complaints in relation to fairy lights on the outside of the house. Despite attempts to engage with the occupant, the lights were not taken down and a 43-year-old man from Blackpool was arrested on suspicion of a public order offense and issued with a penalty notice for disorder.