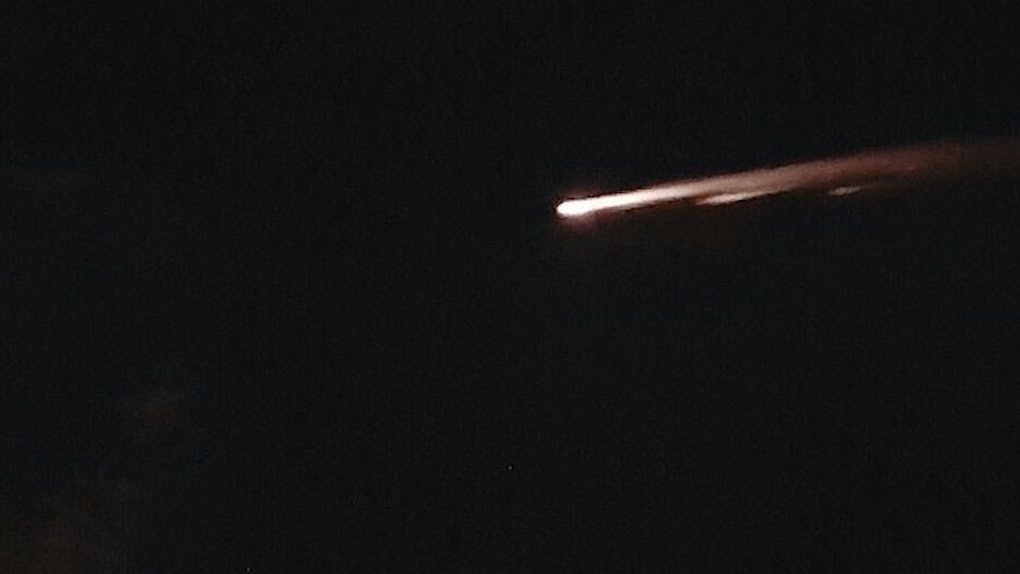 Residents across the Western United States reported a bright light shooting across the night sky on Tuesday, though it was not immediately clear what exactly it was.

This comes as an eerily similar occurrence to last month's missile launch, which caused a white light "show" of sorts in the California sky from San Diego to San Francisco.

Check out the video of the mysterious light seen on Tuesday below:

Twitter users are responding to what has been described as a fireball shooting across the sky, making their own guesses as to what the mysterious light might actually be.

Could it be Santa Claus making early rounds in his Christmas sleigh?

That light going from Vegas to California was just a holiday present on it's way towards our offshore abode. — The Democrat Machine (@DemocratMachine) December 23, 2015

Is it Rudolph the red-nosed reindeer?

@ktla. What was that streak of light moving across the sky right now? #California — Lis! (@LisaAnneColley) December 23, 2015

Maybe it's a UFO, full of our alien brethren.

Is it a higher power, perhaps?

Is it some elaborate publicity stunt for "Star Wars: The Force Awakens?"

NBC Las Vegas reporter Vicki Gonzalez says, according to an unnamed planetarium, the object is possibly a meteor or satellite.

Airport officials from Las Vegas' McCarran Airport say the object is definitely not an aircraft:

#BREAKING McCarran airport saying object flying through the sky is NOT a plane or aircraft — NBC KSNV News 3 (@News3LV) December 23, 2015

Likewise, the Federal Aviation Administration had no guesses as to what the comet-like object could be.

FAA spox just told me he has “no idea” what the bright light over California and Nevada was. — Jim Dalrymple II (@JimDalrympleII) December 23, 2015

So, what do you guys think this mysterious light in the Western sky is? We want your input in the comments below!